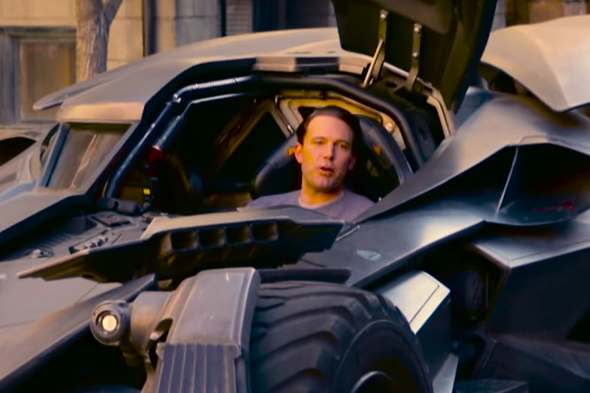 Photo credit: Omaze
Movie star Ben Affleck has been filmed surprising fans by appearing in the latest Batmobile while they took a tour of the Warner Bros studio.

Affleck, who appears in the new Batman V Superman movie, is shown listening in to which people picked Superman over Batman. After hearing their decision, he opens the hatch and challenges the surprised fans on their choice of superhero.
At one point he lifts a young fan into the car's cockpit, showing them what the particular buttons and levers do.

One lucky fan was even given a tour of the studio in the car itself, with Affleck behind the wheel.

Affleck also announced that fans of the film could win a ride in the impressive vehicle, by donating to the Eastern Congo Initiative. This is a charity that was setup by Affleck to bring stability to the Congo.