Disabled woman confronts stranger who smashed up her car 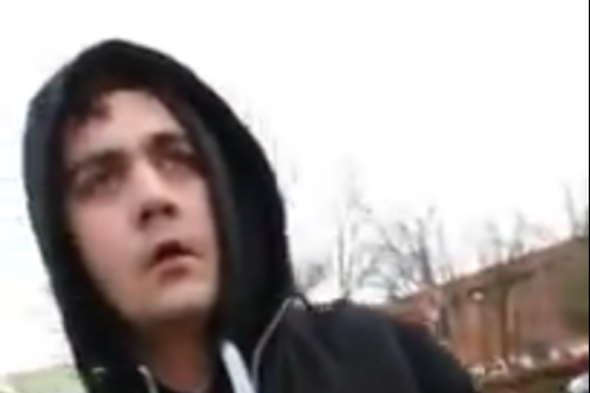 Photo Credit: Daily Post
A disabled woman captured the moment she angrily confronted a man who had shamelessly vandalised her car and stayed at the scene.

The woman, who left her vehicle in the parking area at Wrexham's Waterworld, returned to her car to find its windows smashed, along with the rear screen. Body panels had also been dented.
The victim, who is an MS sufferer, had left her car in a disabled space to visit a local fair with her children and partner.

Calling out the hooded stranger, the woman asks: "Are you for real? You're covered in blood, you have just smashed my wife's car which she is learning to drive in to bits. My child's seat is in that car! Look at me!"

Maciey Blandzinski, who was the stranger in the video, told Flintshire magistrates' court last month that he had vandalised the car as he was sleeping rough and wanted to be deported to his home country of Poland.

Blandzinski, 23, was jailed for four weeks after admitting criminal damage but was at the time of sentencing the subject of a four month suspended prison sentence for possessing a knife.

Following his court appearance, his sentence was activated in full – making it five months in total.