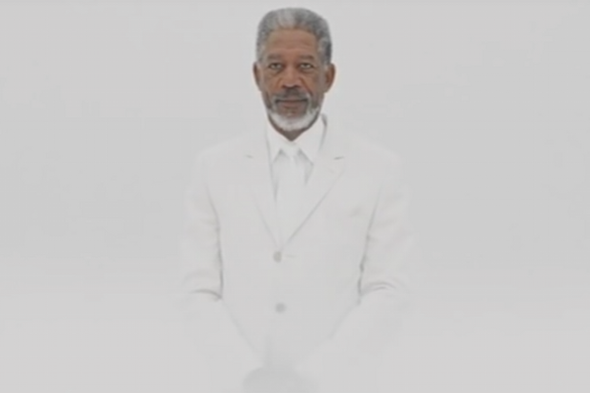 SatNav voices can often be tedious and repetitive, mispronouncing place names and generally getting on motorists' nerves.

However, Google's GPS navigation app, Waze, aims to change this, and the latest in its line-up of celebrity direction-givers in none other than 'God' himself – or at least the actor who played him in the 2003 Blockbuster, Bruce Almighty.
That's right. Morgan Freeman will be lending his voice to the app, and drivers across the US are rejoicing at the chance to be directed by the 78-year-old's sonorous tones.

Unfortunately the Freeman voice option – which will be launched later this month – will be a temporary addition to the app as it is just a promotional tie-in for the upcoming film – London Has Fallen – in which he plays the US Vice President.

While some of the directions will just be read out in his voice, many will direct and address the driver as if they are the President themselves.

A statement released by the company said: "Waze is prepared to make you the President. Starting Monday, February 22, and for a limited time in the United States, Morgan Freeman (in character as Vice President Trumbull from London Has Fallen) will be the voice of Waze. Buckle up, listen closely and enjoy the (power) trip."

Film companies often use the app as a promotional tool, and other famous voices to have featured include Arnold Schwarzenegger, Stephen Colbert, Kevin Hart and even C-3PO.
Tags
Read Full Story

Proud Out Loud: Coming Out Stories

Chair gets restored to original condition