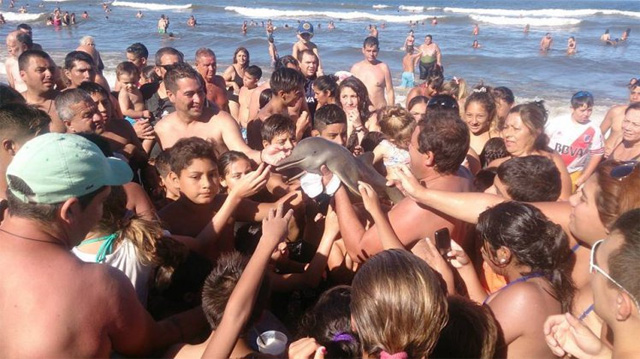 A young dolphin died at a beach resort in Argentina after it was plucked from the sea and passed around for selfies.

The baby Franciscana dolphin was pictured surrounded by people with smartphones who were reaching over to touch the mammal.

SEE ALSO: Dolphin trapped in seaweed 'thanks' kayakers after rescue

According to 9news.com.au, its thick layer of fat caused it dehydrate quickly and die. 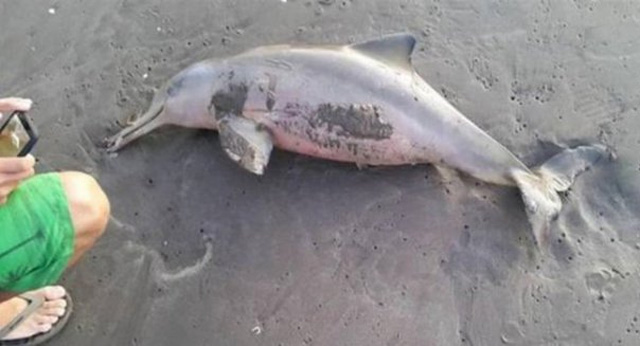 The Wildlife Foundation condemned the actions of the beachgoers, the Daily Telegraph reports.

"Recently photographs taken in Santa Teresita showing a group of people passing a dolphin around on dry land on two occasions have emerged," it said in a statement.

"At least one of these animals has died.

"This incident should help the public understand the urgent need to return these dolphins to the sea when they get close to the shore."

Franciscana dolphins are listed as "Vulnerable" in the IUCN Red List of Threatened Species.