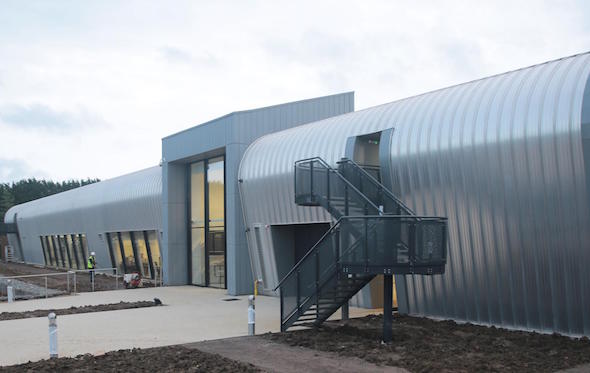 Credit: British Motor Museum
A British motor museum has been called one of the 'best in the world' after a £5 million revamp.

The British Motor Museum, formerly the Heritage Motor Centre, has been given a host of new features, including a new car centre and life-sized match box cars.
The centre, based in Gaydon, Warwickshire, has over 250 cars on display. The change came after support from the Heritage Lottery Fund.

Gavin Williamson, Conservative MP for south Staffordshire, said: "The British Motor Museum is instrumental in enabling visitors to learn more about the past, present and future of the British motor industry, its technology and its people.

"With the exciting improvements and enhancements now made, the museum can now be counted as being amongst the best motor museums in the world."

After being closed for the renovations at the end of the November, the newly-revealed motor museum is hosting Build A British Car Week during this week's half term, giving children the chance to attend hands-on workshops.

£4 million was spent on the Collections Centre, coupled with £1.1 million from the British Motor Industry Heritage Trust. The museum now features a wider variety of attractions than before, with areas such as royal cars and vehicles from film and television now being offered to visitors.