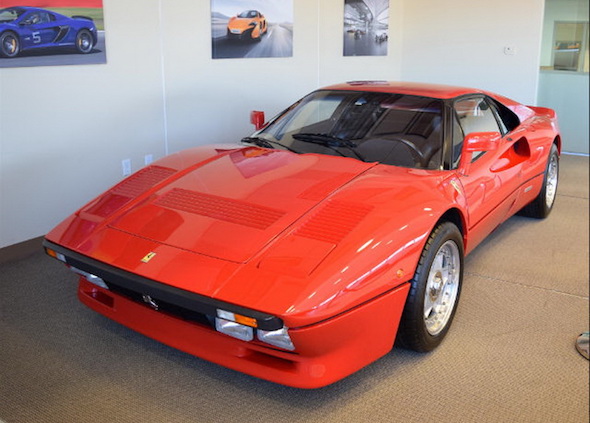 Credit: McLaren Boston
An incredible Ferrari 288 GTO has gone on sale in Boston – and is commanding an equally incredible price tag of over £2 million.

As one of only 272 cars ever made, the GTO was designed as Ferrari's homologation special – created to allow the Italian company to compete in Group B racing.
However, Ferrari didn't have much time to compete with its race-spec GTO, with the whole series being cancelled after the death of Henri Toivonen in 1986.

Despite the short racing period, the 288 GTO is widely regarded as one of the best driving Ferraris ever made, powered by a 2.9-litre twin-turbo V8 engine pushing out around 400bhp. Despite being built in the mid-1980's, the 288 GTO is capable of reaching 60mph in sub-five seconds, and able to see a top speed of 186mph.

This particular car has covered just 12,900 since it rolled off the production line in 1985, and features air conditioning and power windows.

Amazing Ferrari 288 GTO goes on sale in Boston
Up Next


Not only this, but the car is also Ferrari Classhiche Certified, meaning it has the very best history possible. Finished in classic Ferrari red, it has a contrasting black leather interior, with traditional orange gauges.

This GTO also has a manual gearbox, giving one of the best driving experiences of the last 50 years. This 80's supercar goes on sale at a price that is well above that of the majority of prestige vehicles on sale today.

The car is being offered by McLaren Boston, and is a rare chance to purchase a part of Ferrari's long and illustrious history.
Tags
Read Full Story