Tumble dryers cause almost one fire a day 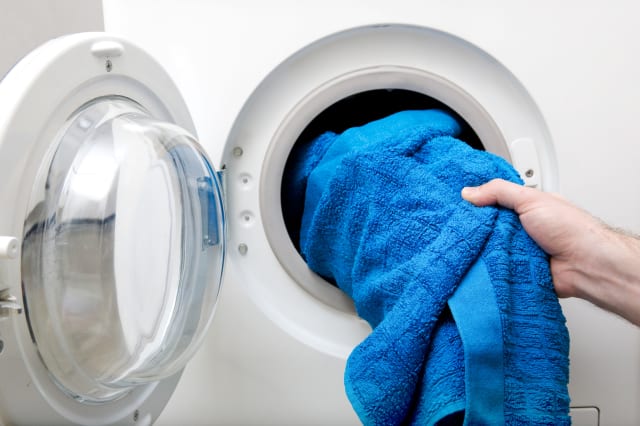 Millions of people could be sharing their home with a potentially deadly tumble dryer. New figures have revealed that the machines are responsible for more than 300 fires in the UK every year - many of which will have been started by faulty machines that have been subject to a safety alert.

The figures were compiled by the Daily Mirror, which discovered 926 tumble dryer fires took place between 2011 and 2013 - which works out as 309 a year.

It was unable to confirm how many of these fires were started by one of the five million Hotpoint, Creda and Indesit dryers that owner Whirlpool issued a safety alert about in November last year.

It covered dryers manufactured between April 2004 and October 2015. The fault in question means that fluff which has built up in the machine can touch the heating element, setting fire to it.

According to Which? the fault affects 113 models of tumble dryer - or 80% of those produced during the period - including 80 out of 93 Hotpoint dryers, 28 out of 37 Indesit tumble dryers, and five out of 11 Creda dryers.
%VIRTUAL-ArticleSidebar-white-goods%
What can you do?

You can check whether your tumble dryer is subject to the safety alert at http://safety.hotpoint.eu or http://safety.indesit.eu where you can register to have your machine serviced. Alternatively you can call the company on 0800 151 0905. Unfortunately at the moment there is around a 10 week wait for an engineer.

The Fire Bridge Union urged anyone with a tumble dryer to contact the manufacturer and check whether it needs to be serviced to correct a fault.

Whirlpool says that anyone with an affected machine should contact the company to have it serviced, and in the meantime not to leave it unattended while it is drying - and to clean the lint filter after every use.

However, Emma Apter, Head of Communications at Electrical Safety First, urges people to go further. She says: "It has come to our attention that some manufacturers advise it is safe to use their products as long as they are supervised during operation. We at Electrical Safety First do not share this view. If you have an appliance that has been recalled we advise you to stop using it until it has been inspected and declared safe to use by a manufacturer's engineer. It is simply not worth risking a fatality."

Tumble dryers cause almost one fire a day

Consumers are often tempted to use appliances such as washing machines and dryers late at night when energy tariffs are typically lower. However a Fire Service representative said it was not advisable to leave a washing machine, tumble dryer or dishwasher running overnight since they are a fire risk because of their high wattage, friction and motors.

"The practice of leaving these appliances on after you have gone to bed, means if anything goes wrong, you are not in a position to do anything about it. Electrical faults have frequently caused fires that have proved fatal to those sleeping upstairs," the source said.
But it is not just fire hazards a burst hose could mean the whole downstairs of your house is flooded resulting in a hefty insurance claim and undoubtedly increased premiums as a consequence.

There is nothing wrong in itself in switching utility suppliers as if you do it properly you can reduce your bills. However if you are not careful you might actually increase your outgoings.

If you don't establish the type of tariff that best suits your needs you could be throwing money down the drain. With some suppliers, for instance, you pay less for the energy you use during the night than the energy used during the day. However, you'll need to use about 20% of your energy consumption at night to really make a saving (cheaper tariff starts at 1a.m. and finishes at 8a.m.). For those on shift work this might be very useful but for others there may be little benefit and we have already talked of the dangers of running appliances when you have gone to bed.
Fixed or capped price plans offer a set price for a period of time (usually 18 months to 2 years) but sometimes this includes a premium on the supplier's standard unit rate.
Finally, be wary of sales people who call at the door and try to talk you into switching to their company. It is just as easy to switch online yourself when you have time to make a considered and non-pressurised decision.

When stock markets go into freefall – and we have seen plenty of that over the last 12 months – there is always a tendency to try and save money by selling shares quickly or just trying to move investments to another provider. But some times all you are doing is incurring extra trading costs or charges on fund switches. Unless you are totally convinced that the only way is down, it is usually best not to sell shares when they have hit rock bottom – all you are doing then is crystallizing a loss. It makes sense to plan a less knee-jerk exit strategy.

And as far as funds go, investors have a habit of chasing the latest theme and piling in at the height of the market only to see their investments fall as sanity returns to proceedings
Glasgow-based IFA Alan Dick believes investors are getting severely short changed by active fund managers and he insists investors are far better off in low-cost Index tracker funds.
"This idea that fund managers can beat the market and pick out the winners just doesn't stand up to close scrutiny. Constantly switching fund providers only piles up extra charges and costs and offers no added value."

Anyone who has ever bought electrical goods at a major retailer will have been subjected to the hard sell of 'have you considered taking out an extended warranty?' Then follows the spiel about how you will have piece of mind if anything goes wrong blah, blah, blah….

In theory it sounds like a way of saving you hefty repair bills in the futuer but in the vast majority of cases extended warranties are overly expensive and not necessary. With most electrical goods you have a legal right under guarantee for the retailer to repair or replace faulty goods within a specified amount of time – typically 12 months. The only conceivable reason for buying an extended warranty would be for something like accidental damage cover - but in most instances that would be covered under a typical home contents insurance anyway.
Extended warranties are of course designed to cover goods for a longer period than the 12-month guarantee the product is sold with. They normally cover the three or five years, after the guarantee has run out. But you are not obliged to take out this insurance when you buy the goods nor do you have to buy the policy from the retailer selling you the item. You can pretty much bank on the fact that the in-store policy will be more expensive than any stand-alone policy as the retailer will take a commission charge. If you really feel you need an extended warranty at least shop around for it.

You might be paying lower premiums on your health insurance but that's not much good if the policy exclusions mean you are denied the treatment you suddenly find you need. Going for a policy based on budget alone rather than specific levels of cover could prove a false economy. One of the most common exclusions is home care or private nursing – you may think you are covered but the small print says otherwise. If you have to economise on personal health plans, make sure you understand exactly what you are giving up under the terms of your policy.

If you are unhappy with the response or would just like to explain a missed payment on your file you can send a Notice of Correction. This is a statement of up to 200 words that will be added to your file. Although lenders don't have to take this information into account, it at least gives you the chance to tell your side of the story.

Experian states that agencies will also help you escalate the dispute to a third party arbitrator if necessary, such as the Information Commissioner's Office.

With interest rates at record lows, it seems like a no brainer to move your savings to the best rates currently offered on the market. But moving money in this way will often only have short term benefits unless you are prepared to continue this process on a regular basis.

For instance the ING Direct Savings account is currently one of the best instant access deals on the market offering a variable rate of 2.75% for new customers including a 2.22% gross pa bonus fixed for 12 months. But after the 12 month period customers go onto the standard variable rate currently 0.5%. If you don't then move on to another provider returns on savings will come down pretty sharply.
One obvious plus with this account is that you can move your money when you like with no penalties or restrictions.
However the trade off for the decent introductory headline rate is that you have to bank entirely online or by phone there is no branch or post facility available.
There is absolutely nothing wrong with this account but the restrictions on access (no branch or post) may mean you don't use the account efficiently. And apathy to switch to another account provider after the introductory period has ended might mean your money gets little in the way of improved returns going forward. The onus is on you the saver to keep moving your money around to get the best rates.
It might seem like a way of dealing with an immediate cash flow problem but loading up on your credit card to pay your way out of recession-related problems could prove a very bad call in the longer term.
Debt counselors frequently hear cases of people paying for their mortgage on their credit card – possibly because they have lost their jobs so there is briefly no income coming into the house. It might seem like a simple solution to a short-term cash flow problem but what if the cash flow problem is not quite as short term as you imagine?
Using credit cards in this way is one sure way to rack up debts fast and accumulate interest on what you owe. If you have problems paying a mortgage or any other regular outgoings, contact your mortgage lender immediately and talk through the problem with them.
Up Next