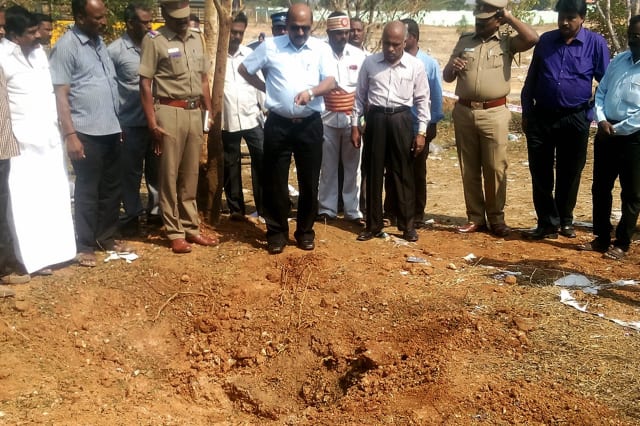 A bus driver in India has reportedly become the first person in recorded history to be killed by a meteorite.

He was struck as he washed his face at an outdoor water tank at a small engineering college in the southern Indian state of Tamil Nadu at midday on Saturday.

He was found lying next to a two-foot wide crater with serious facial injuries, and died on the way to hospital.

Two gardeners and a student were also injured.

According to Sky News, a blue stone resembling a diamond was found at the scene.

After other causes, including an attack or explosion, were ruled out, officials declared the death was caused by a meteorite.

The Daily Telegraph reports that Jayalalithaa Jayaram, the Tamil Nadu's chief minister, said in a statement: "An accident occurred yesterday (Saturday) when a meteorite fell in the campus of a private engineering college.

"Kamaraj was severely injured and taken to hospital. On the way there he succumbed to his injuries. I offer my sincere condolences to Kamaraj's family." 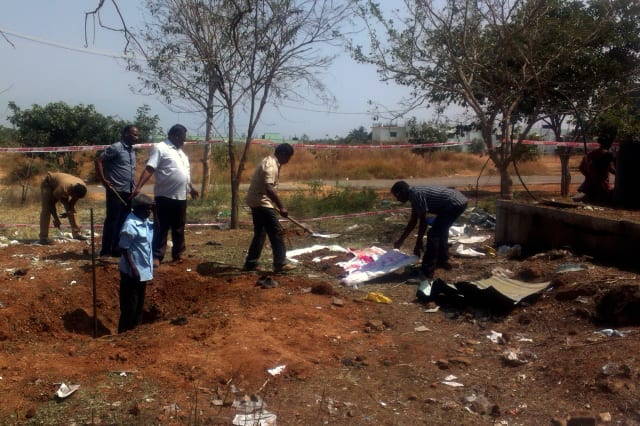 The paper adds that Prof SVS Murty of India's Physical Research Laboratory said: "At least one or two meteorites fall every year in India, but so far we've not had any damage to property or people.

"This is the first time in the history of meteorites falling that somebody died because of a meteorite falling and its consequences, in India or anywhere else. Meteorites have not killed a single person so far."

Scientists say that while it looks like a meteorite, they are still waiting to confirm that the death was definitely caused by a falling space rock. Scientists have been sent to the site to test the rock fragments.

Meteors are particles of dust and rock that usually burn up as they pass through the Earth's atmosphere.

Those that do not burn up completely and survive the fall to Earth are known as meteorites.

Simon Goodwin, an astrophysics expert at the University of Sheffield, told Sky News that meteorite deaths are rare because the rocks usually burn up when passing through the Earth's atmosphere or land in the ocean or remote areas.

According to the Daily Mail, back in 2013 a meteorite exploded over central Russia, raining fireballs over a vast area and causing a shock wave that smashed windows, damaged buildings and injured 1,200 people.