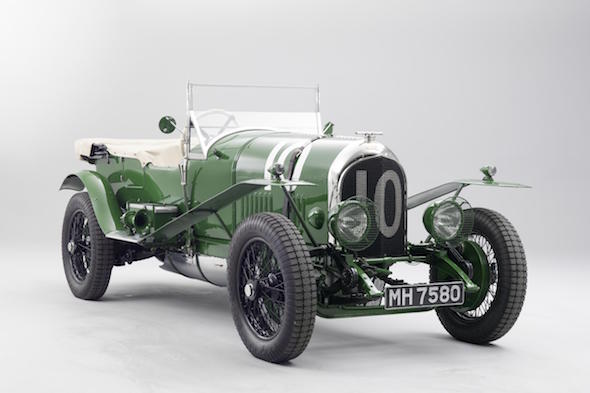 The British carmaker's first works vehicle to take part in Le Mans 24hrs will make a public appearance at the show, from February 18 - 21, where it will be piloted by Georgina Riley, a member of the Bentley Belle female racing team.
The Bentley 3 Litre Team Car, road registered MH 7580, first competed in the 1925 edition of the endurance race, but was forced to retire on lap 19.

The works vehicle, which features a large 25-gallon fuel tank, stiffened suspension and a 'Supersports' specification engine, then went on to become the company's demonstrator model before being sold to a private owner.


William Medcalf looked after the car, which remains in a remarkably original condition, for 14 years, before selling it to its current owner. During his ownership, Medcalf gave the Bentley a complete, historically accurate restoration in 2001, and another full rebuild in recent years.

Commenting on the vehicle, Medcalf said: "It has been a privilege to work on such an important part of British motorsport history, and it will be fantastic to see it make a rare appearance in front of British crowds. The London Classic Car Show's special set-up means that attendees will not only be able to see this car up close, but watch it on the move as well."
Tags
Read Full Story Click here to comment