Newcastle car salesman pulled over for being too tall for Ka 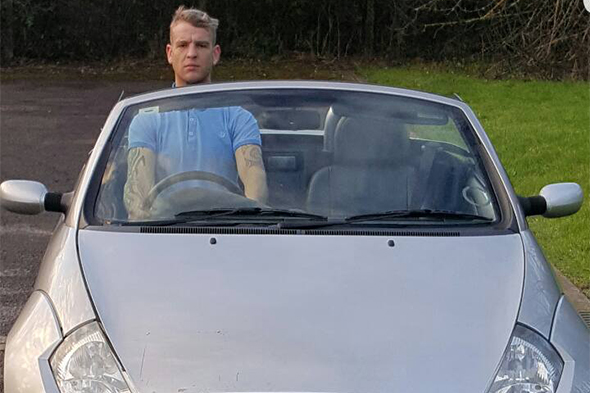 A car salesman has had a brush with the law after police spotted him driving with his head sticking far above the windscreen of a Ford StreetKa convertible.

Adam Elliott, who lists himself on social media as the boss at I Buy Any Car North-East Ltd, was delivering the two-seater drop-top to a buyer nearby, when traffic police stopped him for distracting other motorists.
At 6ft 7ins tall, Elliott claimed that driving with the roof up would have made it too difficult for him to see out of the window.

Speaking to The Sun, he added: "I got a lot of attention and had a laugh waving at people who tooted their horns at me. But I wasn't a danger."

Despite the 25-year-old explaining his reason for being in the car, he has been summoned for careless driving.

The incident is believed to have happened on January 26. Shortly before 5pm Elliott posted a photograph of himself clearly too tall for the car with the caption: 'When your too big for ya convertible [sic]".

Less than an hour later, he posted three more photos alongside the comment: "Really ... I get a section 59 and a sumons [sic] for careless driving for being too big for my ka? Any one know any decent solicitors that deal with driving?"

In response to a number of comments on the post, Elliott has shared an advertisement to his vehicle dealership.
Tags
Read Full Story