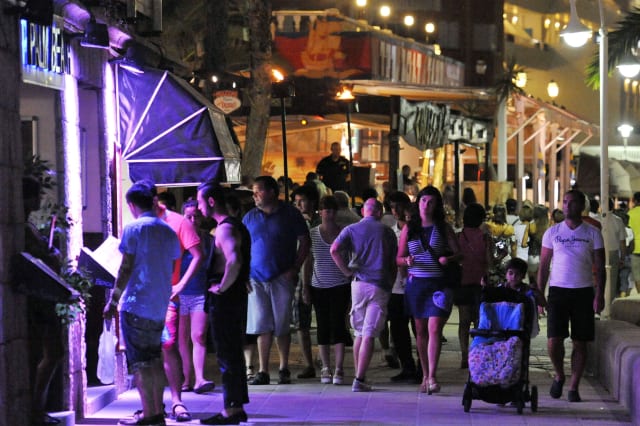 Bashful Britons feel more comfortable haggling when on holiday than at home, research has found.

More than half (55%) of people prefer trying to knock money off a purchase when they are abroad rather than in the UK, according to the survey for Nationwide Building Society's Simply Rewards cashback scheme.

While seven in 10 (69%) people had attempted to barter in UK shops, this was mainly restricted to markets and car dealerships.

Some 47% of people have haggled with market traders and 41% have bartered with car salesmen - but just 7% of people have ever tried to get money off their shopping while at the supermarket and 15% have asked for a discount in a clothing store.%VIRTUAL-ArticleSidebar-travel-guide%

Nearly one in three (31%) people surveyed had never tried to haggle when in the UK.

People in London are the most up-front when it comes to trying to bag a bargain, the research found. Three-quarters (75%) of people in London said they actively haggle in the UK.

In Northern Ireland, 72% of people were hagglers, while in Wales two-thirds (66%) of people actively haggle.

People in Scotland were the least likely to haggle in the UK, with just 58% describing themselves as hagglers, according to the research among 2,000 people.

The main reasons for not haggling were that people assumed they would not get a discount, they were too embarrassed to ask or they did not think it was polite.

The main reasons people preferred to haggle abroad were that they felt haggling was more part of the culture of some countries and that they felt more relaxed and in the mood for negotiating a discount while on holiday.

Guy Simmonds, Nationwide's head of current account customer management, said: "Brits are renowned for being quite reserved as consumers, so it's perhaps no surprise we're often too embarrassed to ask for a discount. But it seems there are unwritten rules of engagement in some areas such as car dealerships, where debating the cost is almost part of the experience.

"Shoppers may be pleasantly surprised by the success they may have if they try to negotiate with retailers, particularly independent traders, as some will offer a discount or improve the deal in order to secure the sale."

Here are the percentages of people across the regions who said they haggle in the UK according to the research for Nationwide Simply Rewards: