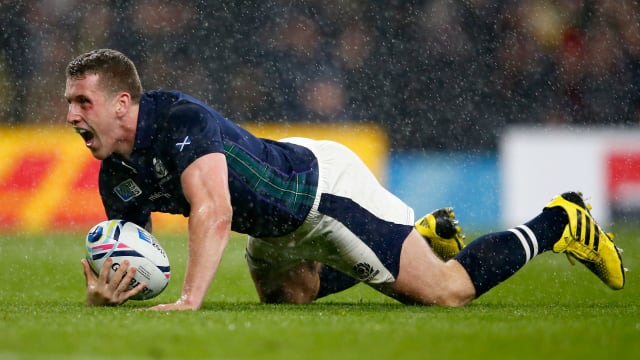 Mark Bennett is set to make a timely return when Scotland start their Six Nations campaign against England at Murrayfield on Saturday.

The centre has been sidelined due to a shoulder injury he sustained in Glasgow Warriors' European Champions Cup clash with Racing 92 last month.

But the 22-year-old, who impressed in the Rugby World Cup last year, trained on Monday and is in contention to feature in the Calcutta Cup showdown.

"He'll have to put his best foot forward in training, because we haven't finalised the team. I'm sure he will do."

One player who will not be play against England is wing Tim Visser, who is recovering from a hamstring injury.

Taylor added: "Tim Visser is a couple of weeks off at this stage, he definitely won't be involved this week but hopefully in the following weeks, whether it's Wales or further down the line in Italy we'll see."