Rail firms should be praised if trains are on time, says Tory MP 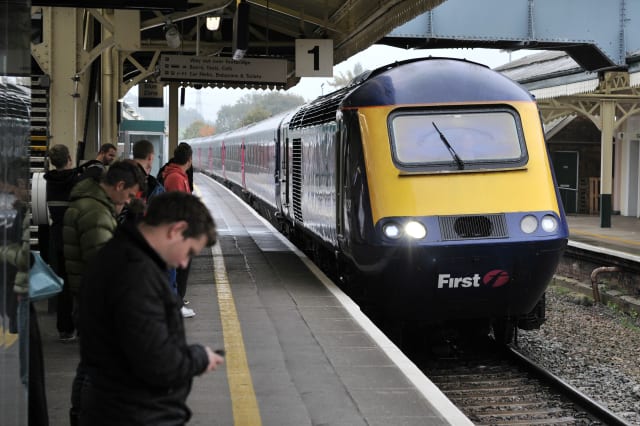 Rail companies should be praised when trains run on time, a Tory MP has said.

Huw Merriman suggested that criticism of train operators for running late or crammed services should be offset by positive remarks when they "get it right most days".

Transport Secretary Patrick McLoughlin said the Bexhill and Battle MP was "absolutely right" and stressed upgrades to the Thameslink line Mr Merriman uses will cause disruption but eventually lead to better services.

Thameslink came bottom of a rail passenger satisfaction survey released this week with 73% of passengers telling the Transport Focus study they were happy with services.

During transport questions in the Commons, Mr Merriman said: "This morning my train to London Bridge got me in on time.

"Would you agree with me that as well as being negative when things don't work, we should also be positive to our rail franchises when they do get it right most days?"

Mr McLoughlin replied: "I think you are absolutely right.

"What you are seeing on your line and the line that goes into London Bridge and other trains through Thameslink is a massive upgrade of some £6.5 billion.

"Obviously there will be difficulties at certain stages during the reconstruction of that line but once it is finished it will be a far superior line and it will benefit from the new trains which will come into service later this spring."

Rail firms should be praised if trains are on time, says Tory MP
This Edwardian station was built in the early 1900s and is operated by East Midlands Trains. 59 per cent of people surveyed said they were satisfied with the station - a low score which ranked it bottom for both cleanliness and facilities in the Passenger Focus National Passenger survey.