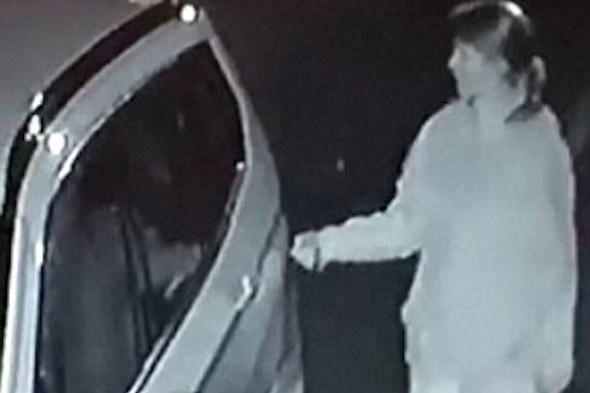 A motorist caught the strange moment a random woman came and keyed the side of their car in Buckie, Moray, Scotland.

The woman, who has yet to be tracked down, ran a set of keys down the side of owner Shona Coull's BMW X3 while walking her dog.
Coull believes that the vandal has caused nearly £1,000 worth of damage to the BMW.

The footage sees the woman take a brief look around to make sure no one is watching, before running a key along the entire length of the vehicle – while still holding her dog on the lead.

Coull even said that the woman was so confident that she wouldn't have been seen that she paused to light a cigarette after doing the damage.

Three cars on the street were also scratched.

Coull said on her Facebook page: "Here she goes in action the lady (loosely used term) who keyed mine and my neighbours' cars.

"As far as I am aware, this has just happened to my car and my neighbours' cars."

A spokesperson for Police Scotland told the Daily Mail: "We are investigating reports of vandalism in the James Street and Seaview Road areas of Buckie."