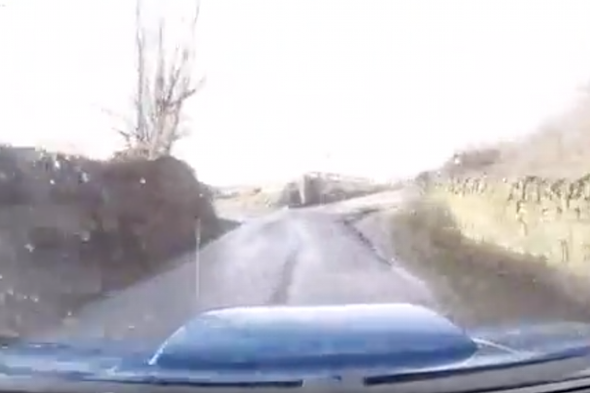 When Romford resident Ben Newbery took his prized Subaru Impreza to the Scooby Clinic he expected to leave it in safe hands.

The car had developed a problem with the brakes and so the 28-year-old decided to take it into the garage, near Chesterfield, leaving the vehicle's dashboard-mounted camera recording.
However, when he reviewed the dashcam footage later he was astounded to see the car being recklessly driven down the pothole-filled lane that led to the workshop.

One of the people in the car is even overheard instructing the driver to aim towards the potholes, adding: "with a bit of luck we'll burst the tyre, then maybe he'll f***ing mend the lane".

Newbery, who works as a HGV technician, told The Daily Mail: "I couldn't believe it when I saw the video. I got the impression they were trying to damage my vehicle. When I got home, I heard the audio and I was even more frustrated."

After inspecting the vehicle, Newbery found damage to its bumper, which he believed was done during the test drive. However the garage insisted it was a pre-existing problem, and repaired it free of charge.

The garage owner claims not to have seen the video, but said that he is prepared to take action against any staff involved.