Driver in China causes carnage after crashing through street 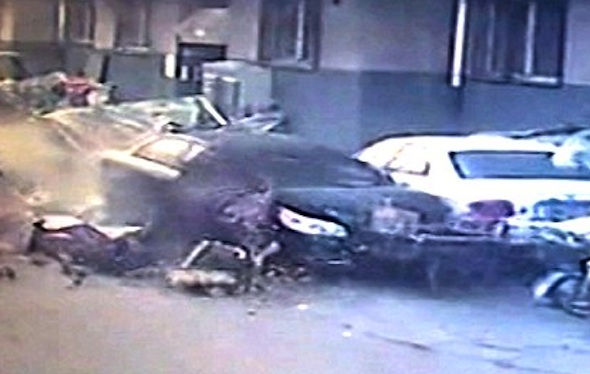 CCTV footage from north-east China shows a black Chevrolet charging down a street, hitting cars, bikes and allegedly an old man, before crashing to a halt.

The video from Shijiazhuang, Habai Province, shows the saloon barging through the stationary obstacles, leaving a path of destruction behind. A cart of oranges is one of the car's first victims.
The carnage ended when the driver crashed through a garden and into a yellow hatchback parked on the adjacent road.

The old man that was apparently hit can be seen moments before the madness starts in the video and his condition is unknown as of now.

The driver said that he just lost control as soon as he got in the car. However, local police have speculated that he didn't know how to drive at all, and that despite having a license since 2011, he showed no sign of stopping.