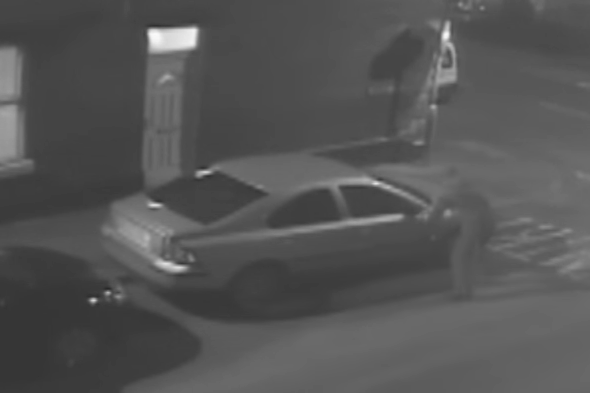 A man has been caught on camera ripping a car's wing mirror off while it was parked on a street in Derby.

The footage, which was captured late at night, sees a man walking down the middle of the road on Wild Street. Rather than targeting each and every car, the criminal chooses just one vehicle to damage.
In an instant, the man violently rips the wing mirror off the parked Volvo, twisting and shaking the unit before it eventually breaks free.

After completing his task, the mirror thief sprints back up the street and jumps into a parked car, before speeding away.