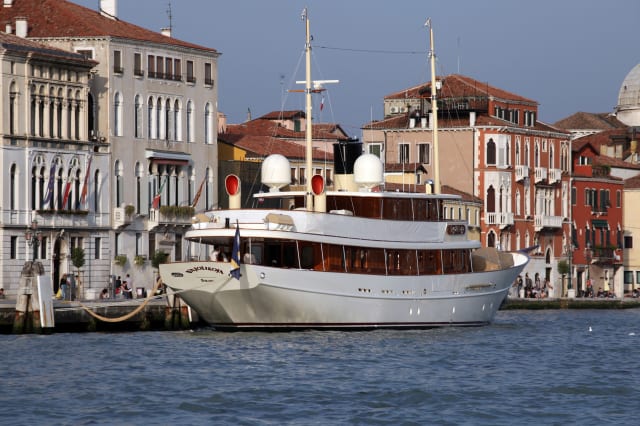 JK Rowling has splashed out £22 million on a luxury yacht previously owned by actor Johnny Depp.

The Harry Potter author reportedly fell in love with the 156ft vessel after taking it on a family charter trip.

According to The Sun, the boat features three large decks, five cabins which can sleep up to ten guests and nine crew.

Depp spent £5 million renovating the boar in 2008. It was named Vajoliroja after his ex-wife Vanessa Paradis and their children Lily-Rose and Jack. 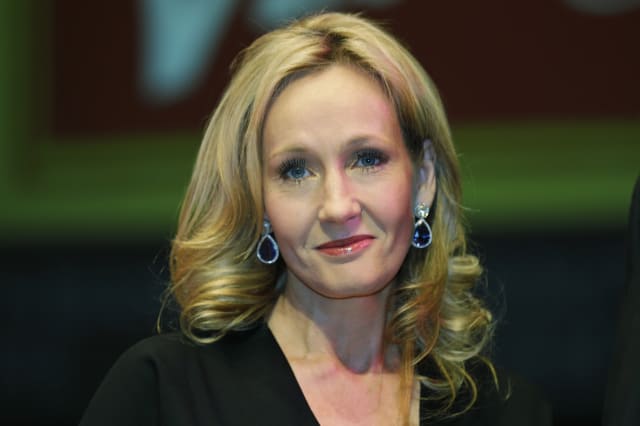 The Daily Mail reports that the 52-year-old actor changed the name to Amphitrite in February 2015, after his new wife Amber Heard.

MetaYachts says the vessel is "not your average classic, old fashioned looks and no story". Inspired by the gentlemen's yachts of the 1930s, it evokes the romance and glamour of the by-gone era.

In 2014, it was reported that Johnny Depp and Amber Heard were looking to buy a £13 million English country pile in Somerset.

The A-list star was planning on buying Hadspen Manor for an English base for him and his soon-to-be wife.

Hadspen Estate in Castle Cary, Somerset, had been in the Hobhouse family since 1785, and was said to be up for sale for between £12m and £13 million.

The house sits on 850 acres of land, and features 12 bedrooms, eight bathrooms, and beautiful walled gardens.

A super-luxe private island in the Turks & Caicos with rooms, suites, villas and private residences, Parrot Cay by COMO has a house owned by fashion designer Donna Karan, which she designed herself. The Sanctuary is a Caribbean villa rental comprising a main house with three bedrooms and two four-bedroom guest houses, which you can rent individually. It exudes a peaceful, wholesome spirit according to Karan's hallmark and features warm wood and cool limestone interiors, as well as antiques from Donna’s global travels. There's an incredible spa house which isn't usually open to guests, but Donna has been known to make it available for those booking the entire residence.

Comedy actor Vince Vaughn has a stylish three-bedroom townhouse in the trendy River North area of Chicago, with plush leather recliners, a rooftop deck offering sweeping views of the city and a custom-designed home theatre for you to watch his films in a cinema-style setting! According to Zillow, Vaughn's home can be rented for $9,500 (£6,000) a month and comes with a three-car garage and four bathrooms.

Mischa Barton's ivy-clad home in Beverly Hills costs a cool $27,000 (£17,200) a month to rent and comes with a pool, spa and stunning views. The actress's home in a gated neighbourhood has eight bedrooms, landscaped gardens and a pretty vine-covered patio.

Love interior designer Linda Barker's style? You can rent the TV personality's stunning hacienda-style villa, located 10 miles from St Tropez in the midst of the wooded hills of the Var. Villa Libelulle is a cool oasis, with oversized Moroccan lamps surrounding the riad-style courtyard swimming pool, crisp linens, a hint of stylish shabby chic mixed with influences from local antique markets and wow pieces like the enormous chandeliers, all picked by Linda. The five-bedroom villa, which sleeps 12, also has a sunset deck with stunning views of the valley below - ideal for an aperitif or yoga! Villa Libelulle costs from £6,770 per week.

Live like Baywatch babe Pamela Anderson in Malibu at her teak-sided beach house for a perfect Californian escape. According to Zillow, the blonde bombshell's property costs $50,000 (£32,000) a month to rent and is the ideal place to "reconnect with nature while enjoying one of the finest homes Malibu has to offer". It comes with three bedrooms, three bathrooms, an open living room and kitchen design with a home theatre and black baby grand piano.

Live it up celeb-style at Peter Andre’s Cypriot home, Sunkissed Villa in Larnaca, which really offers the 'wow' factor. The villa features a large circular living area, a huge flat screen with satellite TV on the wall and a dome-shaped ceiling which changes colour. Outside, there’s a large private pool and private tennis court, and if you want to take a dip in the crystal clear sea, Pervolia, where the holiday home is located, is famous for its unspoilt beach. Sunkissed Villa has four bedrooms and sleeps up to eight, costing from 2,695 euros (£2,300) per week.

Interiors guru Kirstie Allsopp transformed her North Devonshire cottage before our very eyes on Channel 4’s Kirstie’s Homemade Home. Idyllic retreat Meadowgate, which sleeps 14, is available for large groups of families and friends to hire. Kirstie’s unique style can be seen throughout and the home is in total seclusion within National Trust-protected Welcombe Valley, and just a  walk away from Welcombe Mouth on Devon’s north coast. A week’s stay costs from £1,836.

Supermodel Cindy Crawford's Malibu beach house has been described as impeccable as she is. The house costs $19,500 (£12,400) a month to rent and according to Zillow, it is located in a "private and serene" space, just north of famed Broad Beach. Here you'll find sea views in almost every room and a deck with steps leading straight to the sandy beach. You might be lucky enough to bump into Cindy too as she owns another beach house just up the road.

Fancy hiring your own private island? How about Richard Branson's Necker in the British Virgin Islands? It might cost a cool £275,800 a week to rent but Branson's Caribbean holiday island boasts eight guest rooms in the Great House and six Bali Houses dotted around the island, sleeping up to 30 adults. You can set your own menu and mealtimes, kick back at the Beach Pavilion with its large bar, cinema and entertainment area, and just enjoy lazing around your own luxury Caribbean island.

Sample the Premier League footballer lifestyle and stay at Coleen and Wayne Rooney's seven bedroom Exclusive Villa within the Royal Westmoreland estate in Barbados. The villa is an A-list hideaway in the full-service resort, with in-villa chefs available, a state-of-the-art gym, golf lessons and a beach bar and restaurant on Mullins Beach. Sleeping 14 guests, the villa costs from £1,320 per night and you may even bump into Jo Calzaghe and Andrew Flintoff, who also own Royal Westmoreland homes.

Make like a rock star and escape to Mick Jagger's holiday home Stargroves in Mustique. The Japanese-inspired beachfront villa takes the form of seven private pavilions linked by raised walkways and nestling among stunning coconut palms with sweeping views of L'Ansecoy Bay. It sleeps up to 10 and costs from £150 per person per night, including a staff of six and use of a Jeep during your stay.

If you fancy a true Italian escape, look no further than Sting and Trudie Styler's sprawling estate in the hills of Florence. Il Palagio offers everything you could ever want from a Tuscan break - the rolling countryside, spectacular views and beautiful vineyards, which means lots of wine too! With a main villa and two large villas it's ideal as a holiday rental or for a wedding abroad (from 9,000 euros per week for five guests) and features a large swimming pool, stables, gardens and a tennis court.