What will happen to stock markets in 2016? 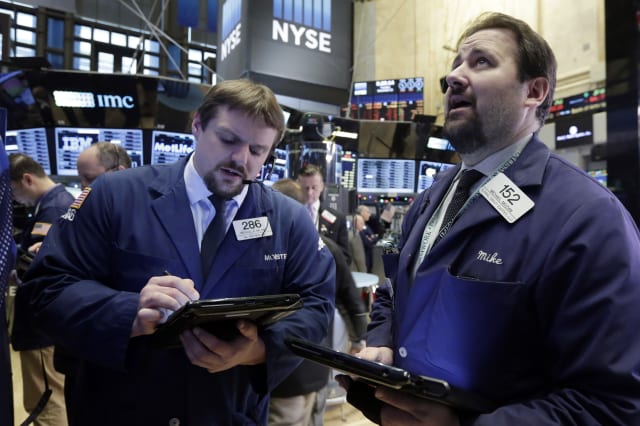 A survey of fund managers by the Association of Investment Companies found that 60% of them expect equity markets to rise in 2016. This isn't exactly evidence of overwhelming confidence - especially given that in the same survey a year earlier, 91% of managers thought equities would rise in 2015. It's partly a reflection of the terrible performance of equities this year.
The disastrous second half of 2015 seems to have taken the wind out of fund managers' sails. The FTSE 100 rose above 7,000 back in April, only to plunge to below 6,000 by the beginning of December.

August saw a shocking sell-off, as plunging shares in China and emerging markets caused stocks to tumble around the world. The autumn and winter hardly fared much better, and the FTSE 100 in particular suffered from a collapse in oil and mining stocks - which make up a major part of the index and responded unsurprisingly badly to the collapse in the oil price and the fall in demand for commodities. The retail sector also did its fair share of damage, with stocks like Tesco and Sorts Direct taking blows.
%VIRTUAL-ArticleSidebar-investing-stories%
More broadly, stocks struggled with renewed fears on global growth, jitters, and negative sentiment. Markets everywhere suffered, but emerging markets were even more disastrous than the UK - with Brazil losing over a third of its value.

Alan Higgins, UK CIO for Coutts says: "It's not always clear what drives investor sentiment – analysts are still arguing over the causes of the 1987 crash – but it seems likely that a combination of worries over global growth, and the twin impact of decreased profitability in the energy sector and more expensive debt are leading investors to abandon risk assets and seek safe havens."

Coutts, for example, is optimistic on global growth, driven by the US, which will benefit still further from low energy prices. Higgins adds: "We're maintaining the optimistic view ... Swings in investor sentiment will always be a regular feature of investing, but we continue to look beyond these ups and downs to the long-term investment opportunities they can bring."

Andrew Bell, Chief Executive, Witan Investment Trust, is looking forward to growth, saying: "In 2016, we expect improved economic growth, allowing many cyclical stocks to revive, while consumer spending should also be firm given greater confidence in the fall in oil prices enduring. There is a ceiling due to valuations but in a low inflation, low interest rate world a 5-10% return is more than adequate."

However, there isn't exactly unbridled optimism across the industry. Paul Niven, Manager of the Foreign & Colonial Investment Trust, pointed out: "The outlook for equity markets in general appears challenging and we continue to focus on quality corporates with secure and dependable earnings, supported by reasonable valuation levels. "The AIC survey found that the greatest threats managers see to the markets in 2016 are a weakening of developed markets (19%), or a recession (14%).

As ever, some parts of the world will have an easier time than others. The AIC survey found that a third of managers favour Europe. It came out on top in the survey this time last year - and they were right that time. Japan and the UK were also identified as positive markets for 2016. The managers were optimistic that the UK economy would hold up relatively well (20%) and that interest rates would remain low (15%).

The managers expect smaller companies to outperform, along with technology, financials, commodities and private equity. Robin Boyle, Manager of the AtheIney Trust said: "I really cannot see the main UK indices doing well in 2016 with their commodity-rich content. However, I believe that smaller companies capitalized at, say, £300m or less are a good 25% cheaper than blue chips. Financials should do well as should regional commercial property."

Emerging markets, meanwhile, are tipped for a difficult 2016, especially with rising interest rates in the US and continued domestic growth issues in China and the rest of Asia. The US, meanwhile, will see subdued growth, as interest rate rises strengthen the dollar and reduce the potential returns for companies.

This year, therefore, most money managers are not expecting 2016 to be anything like as hard as 2015. However, they agree that we're not exactly out of the woods just yet. While overall the equity markets may end up higher than the current miserable levels, there is going to be some volatility in the interim, and even then, the experts agree that the best returns will come from cherry picking the right stocks, rather than from any market rally.

What will happen to stock markets in 2016?

Soros is one of the world’s most famous speculators - who sees the market as something to place highly leveraged bets on rather than invest in.

He cemented his reputation by shorting the pound on Black Wednesday in 1992, and making $1 billion from the collapse of the British currency and the near-collapse of the Bank of England.

He is another noted philanthropist, giving primarily to human rights, public health and education charities.

Slater was another highly controversial investor, known for corporate raids on public companies, and subsequent asset stripping to realise quick value for shareholders.

He also invented the phrase ‘The Zulu Principle’ to describe the importance of being a specialist when you are investing, so you can concentrate your research efforts and know more than the rest of the market about something specific.

Woodford (CBE) gained his reputation at the helm of the Invesco Perpetual Income and High Income funds, by offering relative stability and reliability in even the toughest markets.

His trademark was to make bold decisions about the companies he wanted to be invested in, and then stick with them - no matter how unfashionable his decisions were.

It led him to buy tobacco stocks in the 1990s (because he felt that concerns about the legal threats to the firms were overplayed) and avoid technology in the dotcom bubble.