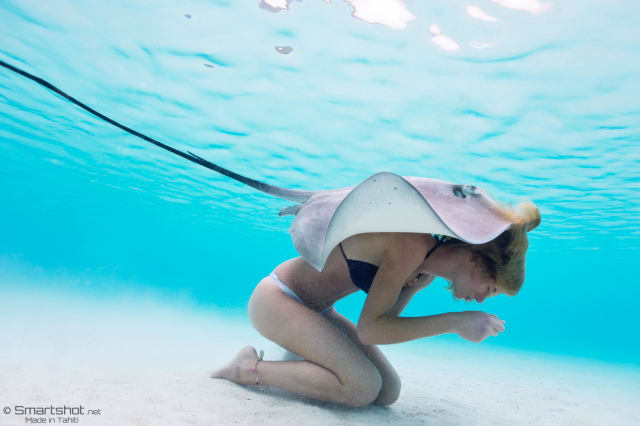 An incredible picture of a poisonous stingray riding on the back of a female swimmer has been captured.

Holding their breath for up to one minute at a time, other pictures show models swimming as close to these graceful but potentially dangerous rays, being encircled by them and one even looks as though it's affectionately hugging the model.

Deaths caused by stingrays are rare – most famously Australian TV personality Steve Irwin was killed when a stingray tail struck him in the chest. 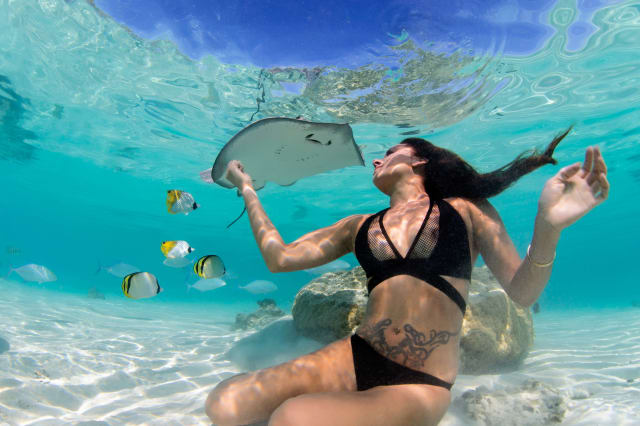 Underwater photographer Christian Coulombe (55) from Tahiti, took these images off the island of Moorea located just ten miles from his island home.

"Some of the models were worried about getting close to the stingrays," said Christian.

"There can be three or four sticking to you at one time wanted to be fed some fish. Their contact is quite special, but can be frightening at first.

"You need to get used to them and be aware of the potential dangers. You really have to learn how to push them back gently.

"The main two things to be aware of when up close to stingrays are, to never step on them, and not to let them give you a hickey - it's very painful. 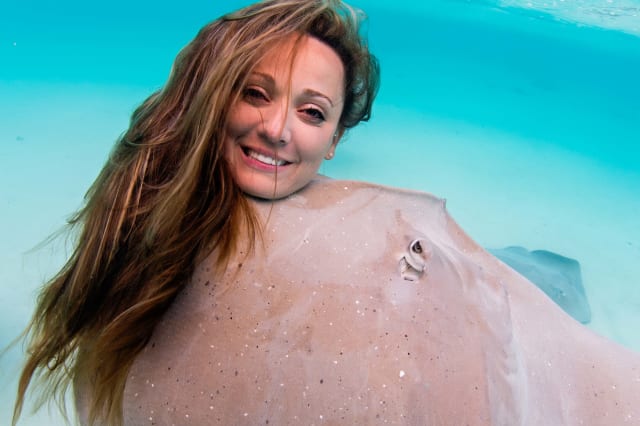 "There are up to 20 rays in this area. The difficulty is more to have only one."

Stingrays are carnivorous fish closely related to sharks. In the wild they can live up to 25 years, grow up to six and a half feet long and can weigh up to 350lb.

A stingray's spine or barb has jagged edges and a sharp point which can produce a venom that is fatal to humans. It stays lethal even after the stingray has died.

In Greek mythology, Odysseus the great king of Ithaca was killed when his son Telegonus struck him using a spear tipped with the spine of a stingray.

"The stingrays in Moorea are the ideal subjects," said Christian. 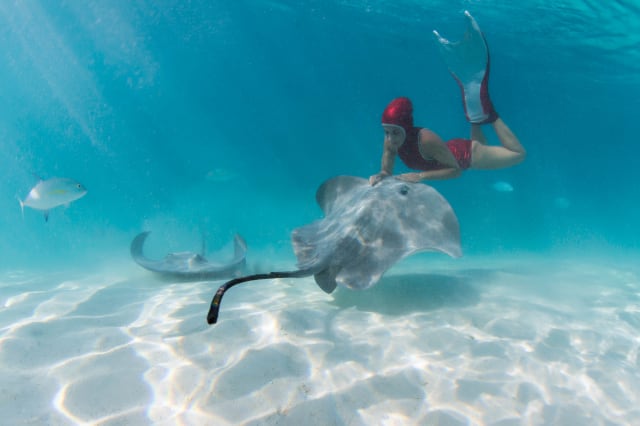 "There is a sort of symbiosis between the model and the animal, in this beautiful setting.

"Stingrays are gracious and elegant creatures and they happily come into close contact with humans.

"The pictures show a real respect and love of nature.

"I love this type of photography and all the elements that are necessary to take good pictures.