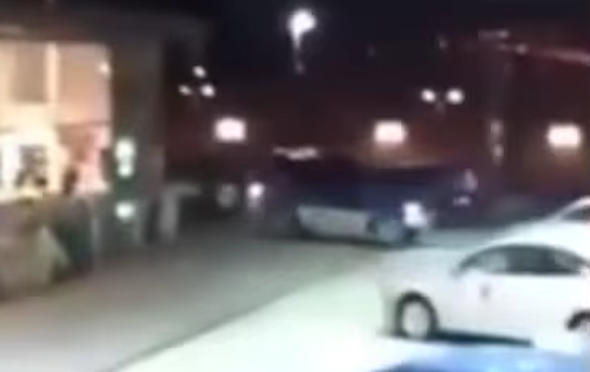 Video footage has caught a motorist deliberately ramming another car on a petrol forecourt.

The incident occurred at a BP service station in Barkerend Road in Queensbury, Bradford.
The footage shows the driver of the 4x4 appearing to reverse twice into the Volkswagen Jetta that was parked behind.

Soon after, two men get out of the four-wheel-drive and smash the VW's driver side window.

There are as yet no known reasons for the attack.

The 44-year-old owner of the Jetta suffered a cut as a result of the incident, though police report that it was not serious.

A spokesman for West Yorkshire Police told The Mirror: "Police were called to a petrol station on Barkerend Road at about 7.42pm on Sunday night after a man made an anonymous call to say his vehicle had been deliberately hit by another car.

"The caller reported he was injured and that the offending vehicle had left the scene.

"Police attended and located the caller, a 44-year-old man, and established that he had suffered a cut to his arm which was not thought to be serious.

They are urging for anyone with any information regarding the incident to get in touch.