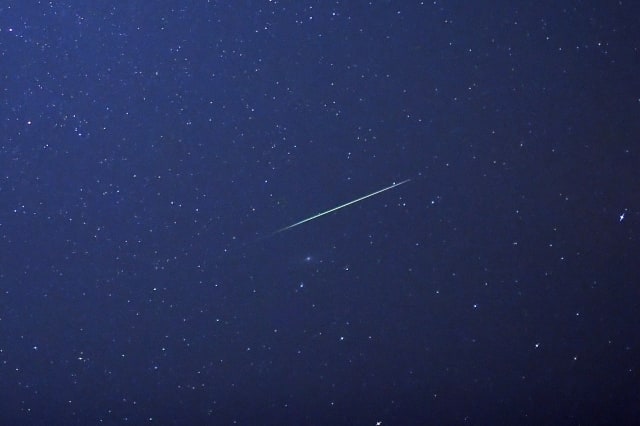 The Geminid Meteor shower will be at its best on Sunday night into Monday - and as many as 100 shooting stars will streak across the night sky every hour.

According to AccuWeather Meteorologist Dave Samuhel, the Geminid Meteor Shower stands out as one of the best of the year and is sometimes referred to as "the King of Meteor Showers".

The Met Office says the shower started on 4 December and ends on 17 December, with the peak being over 13 to 14 December.

It is different to other meteor showers as Geminid meteors originate from an asteroid, as opposed to a comet, meaning they are very rocky and gritty, making them slightly easier to see than other showers.

The best time to view the Geminids is between sunset, local time and before sunrise.

Star gazers will be looking for clear, cloudless skies to have the best possible chance of catching a glimpse of the meteor shower. Ideally a location away from light pollution will be of benefit.

Meteors are bright streaks of light that shoot across the sky so fast they can be seen in the blink of an eye. Commonly known as shooting stars, they can sometimes turn into bright fireballs that can last a few seconds.

The Met Office has issued a handy little viewing guide, which reads: "Find a spot away from bright lights and let your eyes get used to the dark – This will take about 15 to 20 minutes.

- Dress accordingly as December evenings can be very cold.
- Lay on a reclining chair or lounger, or just put a blanket on the floor.
- Use sleeping bags, blankets, and pillows, along with some food and drink, to make observing meteors as enjoyable as possible.
- Start looking for shooting stars.
- You do not need to look in any particular direction as meteors appear randomly anywhere in the sky.

"The most important thing is to be able to keep looking up filling your gaze with as much sky as possible, for as long as possible."

It adds: "Enjoy the Geminid meteor shower, but remember it can take quite a few minutes before you see a shooting star so don't look away, you may miss one!"