Tesla driver forces truck to slam on brakes in Norway 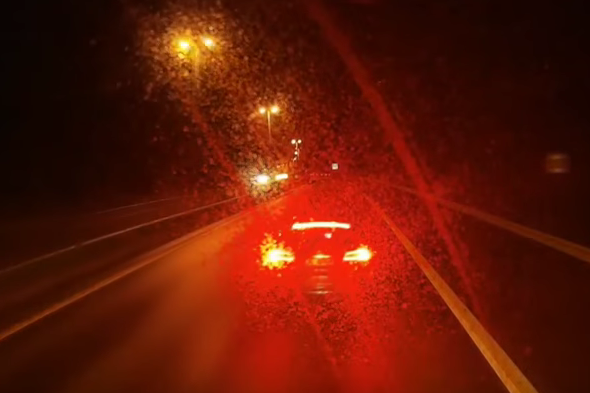 A Tesla owner has been caught on camera attempting to brake-check a lorry driver in Norway.

The electric car owner decides to pull in front of the truck and slam on the brakes, forcing the driver of the camera car to brake too.
Incredibly, there is no contact between the two vehicles, with no injuries either.

The video is only known to have been taken in Norway, with other location details sketchy at present.

The Tesla Model S is one of the fastest production cars available to buy today, capable of reaching 60mph from a standing start in as little as 2.8 seconds. It can also drive for around 330 miles without needing to be charged up.

It seems that this incredible technology has for some reason gone to the driver's head though, causing them to feel the need to force the truck to slow down.