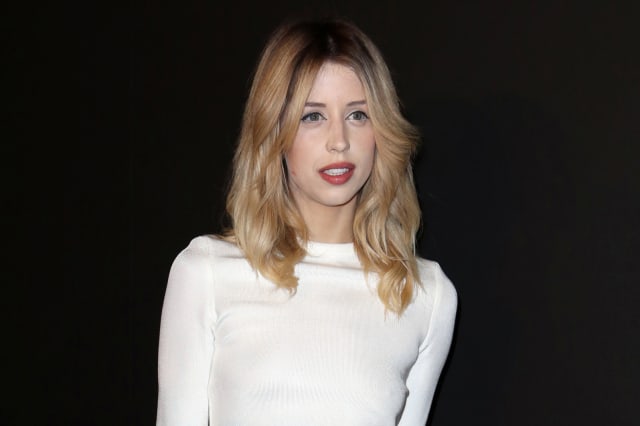 Peaches Geldof's children and husband will inherit just half of her £884,274 fortune, because at the time of her death last April, the model and presenter had £450,000 of debts.

Peaches didn't leave a will when she died at the age of 25, but the details of her estate were reported by the Mirror, which added that under intestacy laws (which kick in when someone dies without a will) her husband Thomas Cohen will receive the first £250,000, while the rest will be split between her two sons. The Daily Mail confirmed that there were no details of the nature of the debts.

Her estate demonstrates the enormous success she had during her short life, including as a journalist, TV presenter and model. However, it also demonstrates just how much debt we all are living with.

According to PwC, the average household owes £9,000 in non-mortgage debt - including credit cards and loans - and that sum is growing around 5% each year. Including mortgage debt, The Money Charity says that the average person owes £28,826.

And while many of us will have the luxury of a longer life in order to pay our borrowing off, this should act as a timely reminder that any money we borrow will eventually need to be paid off - either during our lifetime or after our death.

It can be hard to feel the urgency of this, because the record low interest rates that contributed to the boom in borrowing, also help take our focus off the pain of holding debt at a time of higher interest rates.

Now is the time for us all to address our debts. We need to consider carefully how much we are borrowing, and how we will pay them down and repay them in full, while we still have time.

Peaches Geldof had debts of £450,000 when she died
MJ may have died over six years ago but his legacy still lives on. The King of Pop made $115m this year, but how? Cirque du Soleil in Vegas showcasing Michael Jackson One is one of the source's of Michael Jackson's cash flow but the Mijac Music catalogue and music sales also contribute.
Elvis pulls in most of his money from ticket sales at his Graceland home. Now it may seem surprising that this rock and roll legend could generate that much income from tours of his home, but it makes more sense when you realise a regular adult ticket will set you back $77!
The Marley Beverage Company and House of Marley are just two of the companies bringing in the big bucks for reggae legend Bob Marley. Music sales are also obviously a huge contributor with more than 75 million albums sold so far.
Celebrity fragrances might not really be that sought after any more but White Diamonds, one of Elizabeth Taylor's perfumes, was first released 24 years ago and continues to be sold to this day proving that maybe there really are some things that never go out of fashion.
Marilyn Monroe is undoubtedly still an international fashion and film icon. In 2011, Authentic Brand Group bought the rights to her brand and it's thanks to them that she's still pulling in top dollar as well as a clothing line at American store, Macy's, and a range of lingerie.
John Lennon was part of one of the biggest musical acts of all time, The Beatles, although unfortunately his stardom was cut short when he was shot dead in 1980. The songwriter still gets his share of the album sales though and is reported to take $12 million each year.
Einstein is one of the most famous scientists in history having come up with the general theory of relativity. Branded mechandise and memorabilia is the main source of the theoretical physicists revenue now though.
Paul Walker was just 40-years-old when he died in 2013 in a car crash, but his legacy still lives on thanks to the film franchise, The Fast and the Furious. The most recent film took $1.5 billion and although Walker died during filming, he still appears in the flick.
Bettie Page was one of America's iconic pin-up girls, even gaining the nickname 'Queen of Pinups' thanks to her trademark look. The model was also one of the earliest Playmates of the Month to feature in Playboy magazine. Page now makes most of her money at the hands of fashion, clothing and lingerie lines.
Theodor Geisel was responsible for some of the quirkiest and best-loved cartoon characters and children's book heroes. The artist and author published his works under the title of Dr.Seuss with some of his most famous creations including The Lorax, The Grinch and The Cat in the Hat still netting him money to this day.