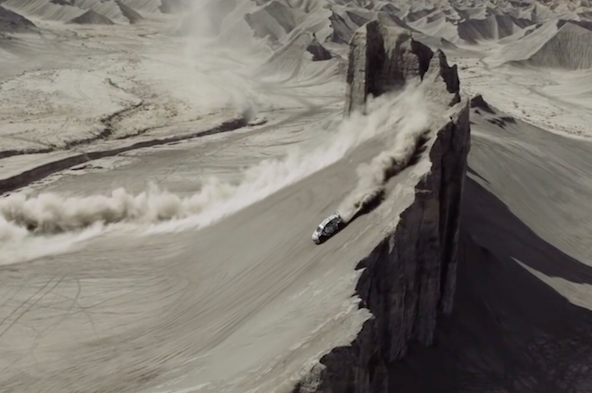 Ken Block's been a bit quiet recently, other than revealing his new rear-wheel drive Escort sled. He's quieter still in his new video though...

The latest outing has Block blasting through the desert in Utah in one of his four-wheel drive Fiesta rally cars in an atmospheric video called "Blast".

It's unusually absent of any engine noises as the sound of horsepower gives way to the stunning slow-motion visuals of billowing dust and freshly-flung stones.

Produced by photographer Jim Mangan as a promotion for his book of the same name, the film is accompanied by a haunting soundtrack akin to something from a sci-fi horror film.

While petrol heads might not be too enthused by the lack of the noise that usually features in Block's videos, it's certainly an eerily beautiful effort that sums up the phrase "poetry in motion" in one seven-minute opus.