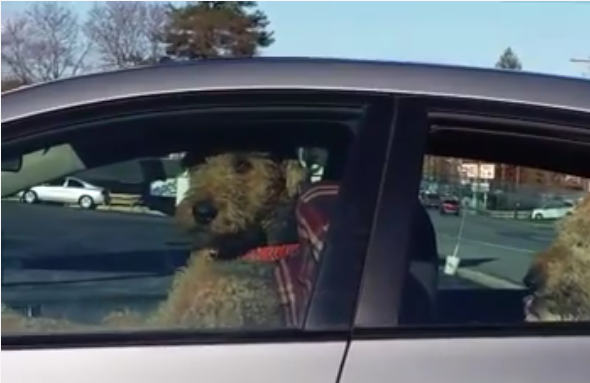 Every so often dogs act a little too much like humans for their owner's liking.

Caught on camera, this terrier had become impatient at waiting for its owner outside a shop – honking the car's horn in annoyance.
According to the person who took the video: "There were four happy critters in the car. I'd love for him [the owner] to see it. I wanted to go inside to show him because I actually spoke with him briefly on his way inside, but I had a list a mile long to get accomplished.

"I told him how happy they looked, and he told me how much they loved car rides and how spoiled they were."

The footage was captured in Altoona, Pennsylvania, after the lady filming checked on the parked pooches to make sure that they were okay. It seems that upon closer inspection the dogs were quite happy – and simply impatiently waiting for their owner to return.

This just happened in Greenwood....apparently their human was taking too long in the store. Haha!

The winners and losers from Sunak’s Spending Review