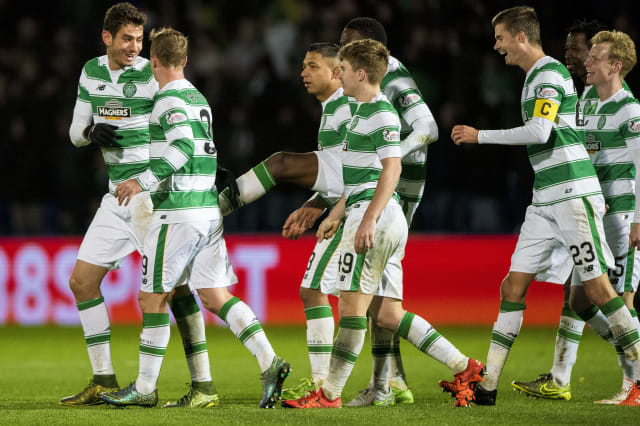 Celtic has the opportunity to "make a commitment" to hundreds of the football club's staff by becoming an accredited living wage employer, according to a Labour MSP.

James Kelly is calling on the Celtic board to sign up to the living wage which was raised from £7.85 to £8.25 an hour earlier this month.

His comments came ahead of the club holding its annual general meeting tomorrow.

The rate, set by an independent foundation to make wages match the cost of living, has been adopted by around 380 firms across Scotland - with the target of the country having 500 living-wage employers by March next year.

It is nearly a fifth higher than the national minimum wage, set by the UK Government, of £6.70 an hour and over £1 more than the new minimum wage premium for over 25s of £7.20 an hour that will come into force in April.

At its AGM last year, Celtic said it was prepared to enter discussions with its permanent workforce on the issue but not with others including part-time and external workers.

Chief executive Peter Lawwell had said following the meeting last November: ''We are a football club. We do so much in the community but we can't change government policy. If it is the minimum wage going up, we just have to look at that if that is the right thing to do.''

A resolution to the club's AGM on Friday calls for the club to become an accredited living wage employer.

Mr Kelly, the MSP for Rutherglen, said: "The Celtic board has the opportunity to make a commitment to hundreds of the club's staff.

"Celtic has a proud history of combating poverty. But in 2015, they are refusing a guaranteed fair wage to a great number of staff, many of whom are on casual contracts.

"It's time Celtic remembered its origins and became an accredited living wage employer: tomorrow presents the board with this opportunity which I hope they grasp."

A Celtic spokesman said: "Mr Kelly has no knowledge of the workings of Celtic but yet again seems to be involved in this issue for his own political purposes.

"We have done all that we said we would do at last year's AGM. 98% of the colleagues with whom we consulted were in favour of the proposed pay rise and structure, because they would be significantly better off with the higher hourly rate, rather than a discretionary bonus that could not be guaranteed.

"We have also met with the Poverty Alliance, who have welcomed the positive steps we have taken. It is totally misleading to suggest that this is anything other than a very positive step, overwhelmingly welcomed and supported by affected staff."