Christmas socialising could get you the sack 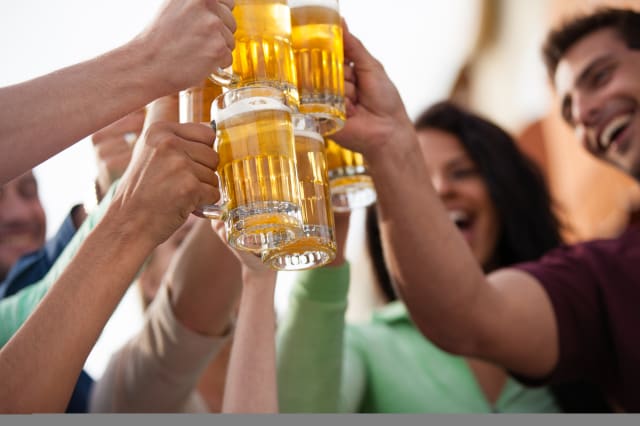 It's the time of year when socialising isn't just for Saturday night. We're far more likely to go out with colleagues after work, or get together with friends on a work night, as we try to squeeze as many festivities in as possible. However, the experts warn that unless we consider our partying carefully, it could end up causing real harm to our careers.

Research by Direct365 found that a quarter of people plan to drink on a work night during the Christmas party season. Not only that, but when we're celebrating and letting our hair down, we're likely to be drinking more too.

Plenty of attention has been focused on the dangers of getting drunk around work colleagues. If you have been trying to hide the fact you despise your boss, for example, this may get harder when you've had a couple of glasses of wine. Likewise if you happen to find a colleague attractive, you run the risk of making some poor decisions.

A survey by Adecco found that 40% of people had shown themselves up when drinking with colleagues. Some 23% have been officially reprimanded for their behaviour, and 11% have been fired for it - or know someone who has.
%VIRTUAL-ArticleSidebar-jobs-guide%
However, even if you hold it together on the night, you could still end up in trouble. In many cases, a long party night mid-week will mean people are unable to make it into work the following day. Alcohol-related sickness costs the UK £1.9 billion a year, and accounts for 5% of all absences, but just because it is prevalent, it doesn't mean you can get away with it. If you have been out drinking with workmates, it will be quite obvious why you didn't make it in the following day, and it's not likely to go down well.

If you stagger into work with a horrible hangover, meanwhile, you're not doing yourself any favours either. A study by Drinkaware found that as many as half a million people will go to work with a hangover. Some 17% of them admit it will cause them to make mistakes or fall behind with their work, while 7% will end up shuffling home early - which isn't going to impress anyone at work.

And Direct365 found that this may just be the tip of the iceberg. There's a good chance that many people will have driven into work while still over the legal limit, and others may still be affected by alcohol when they get there. A study earlier this year showed that 85% of people had been under the influence of alcohol at work.

There are many factors which influence how long alcohol will stay in your system such as your weight, size, age and your individual reaction to alcohol. However, it is estimated that one large glass of wine would take an average person around three hours to break down.

Therefore, if you assume someone drinks from 8pm in the evening, and then drives into work at 8am the following morning, if they have had any more than four glasses of wine during the evening, there's a risk they will be over the limit.

Because of the risks involved, most workplaces will have a drugs and alcohol policy in place. Usually being under the influence is a disciplinary issue, but in environments where there's a very real risk of harm to yourself or other people it can be considered a gross misconduct issue - which can potentially get you fired on your first offence.

There have been plenty of high-profile examples over the years, including Hollyoaks actress Stephanie Davis, who was fired this summer after turning up unable to work because of alcohol consumption.

So before you head out for a festive drink or two after work, it's worth considering just how much you ought to be drinking - and just how serious the consequences could be if you get carried away.