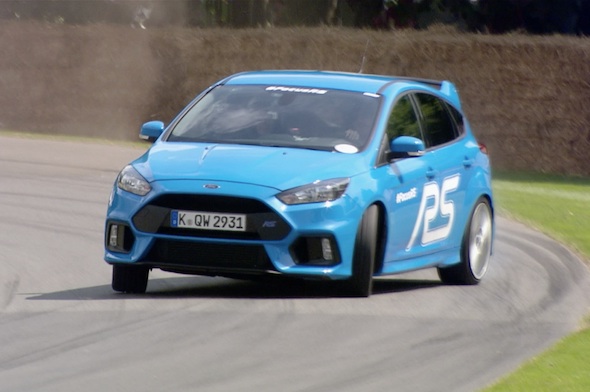 With the new Focus RS one of the most hotly anticipated cars of 2016, it's understandable that Ford would want to thoroughly test it.

To begin with, driving legend Ken Block tests the car at the Goodwood Festival of Speed. Block, who was one of the first people to drive a prototype of the RS, was quick to notice the changes that had happened throughout the development noting the improved steering and better power delivery in particular.
The video then springs to track testing in Belgium. Ford's product development chief, Raj Nair, reviews the car. Without his say, the car is unable to go on sale.

Nair concurs with Block about the responsiveness that the RS offers, but is critical of the brakes and steering feel in 'Normal' mode.

With these improvements needed, the car isn't given its final sign off and the development team is given a large task in order to finish the entire project in time.