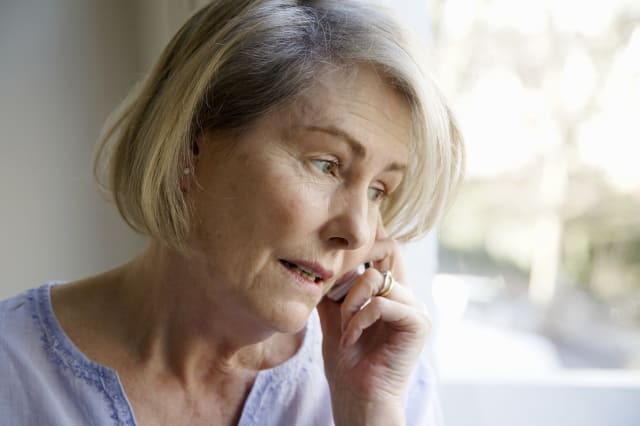 The Legal Ombudsman said it has been contacted nearly 9,000 times in the first six months since it launched a claims management company complaints service in January.

It accepted 648 complaints for investigation and has resolved 478 - of which more than half (53%) required action to put the situation right for the consumer.

Around a third (34%) of cases required the firm to limit/ waive fees or pay compensation - with the average financial remedy ordered being around £650.

Claims management firms take up different types of claims on behalf of consumers in return for an up-front fee and/or a chunk of any compensation paid if the claim is successful. Often, claims will be for mis-sold payment protection insurance (PPI).

The claims industry is worth £772 million a year, making it big business for the companies involved, the Legal Ombudsman said.

The ombudsman said that for many people, claiming back PPI costs can be stressful.

Consumers can make a PPI claim themselves for free rather than using a fee-charging claims management firm and the Financial Ombudsman Service can offer help on how to do this.

The Legal Ombudsman said almost half (40%) of the disputes it looked at were about costs - including unjustified fees, a failure to refund up-front fees, or contractual disputes.

Around a quarter (23%) were about delays in progressing claims or a failure to progress cases properly at all.

Claims management firms have come under fire from banks for bringing bogus and duplicate claims.

The Legal Ombudsman was set up as a free, independent scheme to help resolve legal service disputes.

The Legal Ombudsman's head of claims management companies, Simon Tunnicliffe, said: "We are pleased to have been able to help all those people who have contacted us so far."

Research from Sumo Coupon last summer discovered that designer lingerie is the most marked up product in the fashion world.

For an etsy blog in 2013, one writer approached lingerie designers and asked how to price products. They recommended starting by looking at what everyone else charges - not what it costs to make. One added: “Charge until you're embarrassed, and don't embarrass easily.”

They are effectively charging these prices because they can: women see it as a luxury item they can treat themselves to, and some men would be willing to buy it at any price.

The pharmaceutical industry would take issue with this statistic - arguing that the price of branded over-the-counter drugs takes into account the enormous amount of research and development that goes into developing them, so the mark-up isn’t anything like this big.

However, you can take paracetamol as an example - as the drug has been around for so long that the research has been paid for many times over. An unbranded branded product is easily 11 times cheaper than the branded product - and does exactly the same job.

The brands are taking advantage of our willingness to pay extra to take care of our family’s health, but this willingness is entirely misplaced, because in this case at least, more expensive is not any better.

The Sumo Coupon research found that soft drinks are marked up far more than wine in restaurants - as wine is marked up just 400%.

This is partly because soft drinks are so cheap for them to make. Many restaurants will install machines that mix syrup with water and gas, and so cost them a fraction of the price to produce a cup full.

It is also partly because the drinks are the least-studied part of the menu. When you’re choosing where to eat, or picking a dish, you can spend 10 minutes looking at the food and the price, but if you look at the price of the drinks at all, it’s in the three seconds after the waiter asks what you’d like to drink.

University of California-Irvine professor Richard McKenzie has written a book on popcorn, and says that although the mark-up is a closely-guarded secret, he works it out as around 1,300% - assuming they pop it themselves from kernels.

It’s an easy target for our ire, but it’s worth bearing in mind that it’s a major part of the business model. Cinemas have to pay around 70% of the price of the ticket to the movie studios. They also have to heat, light and staff the place, and do regular upgrades to the sight and sound of the screens to keep the punters coming in. McKenzie says that popcorn helps keep the cinemas in business.

The Sumo Coupon research identified glasses as one of the most outrageously overpriced items. This is partly because we are wooed by the designers. Glasses have been rebranded as fashion items, and because this is fashion that people wear every  day, it’s something they are willing to pay through the nose for.

However, what’s less well known is the technique outlined by optometricmanagement.com. They highlight that because glasses shops have these expensive items in the store, the budget end of the range doesn’t have to be super-cheap: it just has to be cheaper than the designers. It means that often they will make a higher percentage of profit on the cheapest glasses than on the most expensive.

These are the ultimate tech rip off for one reason: you need them to run everything from a DVD player to a games console. They tend to be far cheaper than the technology that they go with, so people will pick them up when they buy their other technology, without really considering the price.

If you were to go to a wholesaler and pick up 100 of them, you could easily get a cable for £1.50. If you went to an electronics store, you’d be charged anywhere between £15 and £30 for the same cable.

This is one that we’ve all been wise to for a while, because there’s no way that a cup of milk and a shot of coffee could ever cost over £2 to produce.

We know this partly because some traditional cafes are turning it out for half the price and still making enough profit.

However, we’re drawn in through the doors of the big brands by the lifestyle promise of comfort, luxury, and warmth. These brands are built on the premise that expensive coffee is worth it, and we’ve bought into that premise. It doesn’t seem to matter that deep down we know it’s all nonsense.

According to Howstuffworks, bottled water costs us 40 times more than it costs the manufacturer to produce.

In 2009, an industry insider claimed that the mark up on razors was the second biggest in the supermarket. Since then, of course, the price has risen far in excess of general price inflation.

The market is dominated by expensive brands, which we have bought into on the understanding it’s going to make us more attractive - and of course give us a six pack.

They also have inflation built into the brands, because the companies bring out constant ‘improvements’, which they charge even more for.

There has to come a time when we don't need any more blades attached to each razor head - we just want an affordable way to scrape the worst of the beard off.

A study by Dailyfinance found that we’re charged 50 times more for these bottles of smelly liquid than they cost to make.

It starts to explain why perfume companies think it’s worth churning out bottles of the stuff branded with every D list celebrity and washed up pop star.

The reason for this exceptional mark up is because when the price is being set, the company pays absolutely no attention to the cost of manufacture.

Retail conditioning has led us to come to expect perfumes to be priced within a certain range, and when a perfume is new we expect it to be at the top of the range. It gives the perfume companies the freedom to charge an arm and a leg, knowing that anyone who buys into the idea of a celebrity perfume has also bought into the idea of paying a fortune for it.