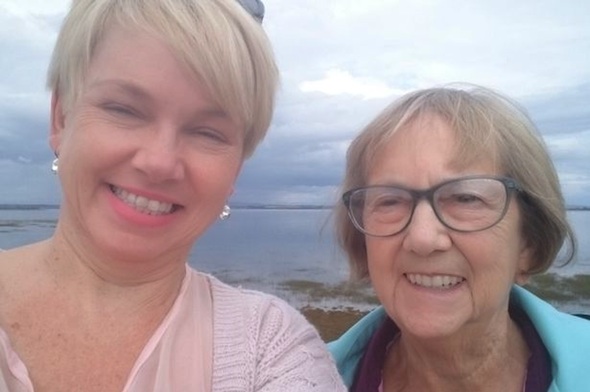 A woman who set off on a six-mile trip to the shops got lost in fog and was only found 8 hours away some 50 miles away from her home.

Sheila Fitzgerald, 82, had decided to drive from her home in St Helens to Ormskirk in her Nissan Micra. After completing her shopping, Fitzgerald then took a wrong turn heading for home and ended up travelling in completely the opposite direction.

Mrs Fitzgerald's daughter, Clare, became worried after being unable to contact her, and alerted Merseyside police. Mrs Fitzgerald was spotted on traffic cameras on the M65 near Blackburn prior before making her way on to country lanes in the Yorkshire Dales.

By 12.30am police officers had taken details for a missing person's report.

At around 2am police found Mrs Fitzgerald near Gisburn, Lancashire, and used their patrol car to block her as she attempted a U-turn. At this point, Mrs Fitzgerald was more than 50 miles away from her home.

Mrs Fitzgerald's mother told the Liverpool Echo: "The police put on their blue lights to pull her over and check she was safe and well.

"Apparently she joked with them and asked 'am I a missing person?' and they had to tell her she actually was.

"She only thought she had been driving about 20 minutes. She was just finding her way home.

"The officers were really patient, really kind and were absolutely amazing all the way through – I can't thank them enough."
Tags
Read Full Story