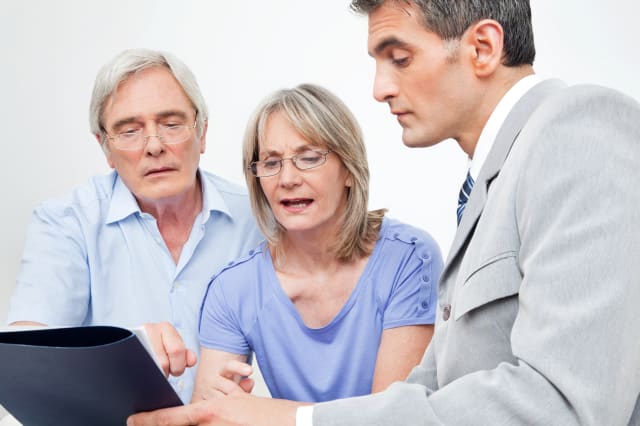 Older savers have collectively cashed in £4.7 billion from their pension pots in the first six months of the new retirement freedoms, according to the Association of British Insurers (ABI).

The number of retirement annuities being bought by savers has also started to edge upwards for the first time in three years, in signs that the freedoms - launched in April - have not killed them off.

The ABI said that generally, smaller pots are generally being cashed in completely, while larger pots are being used to siphon off a retirement income.

Of the total, more than half (£2.5 billion) has been paid out in 166,700 cash lump sum payments, with an average payment of just under £15,000.
%VIRTUAL-ArticleSidebar-pensions%
Some £2.2 billion has also been paid out via 606,000 income drawdown payments, with an average payment of £3,600. Drawing money out in this way allows savers to keep their pot invested while taking out regular amounts of money to suit their needs.

Meanwhile, £2.17 billion has been invested in around 40,600 retirement annuities, with the average fund invested at nearly £53,300.

The freedoms, introduced on April 6, mean that people aged 55 and over are no longer required to buy an annuity with their retirement pot. Annuities give someone a guaranteed retirement income, usually for the rest of their life, but they have been controversial in recent years due to disappointing rates and people not shopping around to get the best deal.

The ABI's figures showed that 60% of people are changing provider when buying an income drawdown policy, compared with 40% of customers who buy an annuity. Customers are often offered guaranteed annuity rates by their existing provider, which may beat the other deals available.

The ABI's director for long terms savings policy, Yvonne Braun, said: "Despite some ringing the death knell for annuities, this seems to have been premature.

"An increasing number of people are recognising the value of a guaranteed income, with annuity sales rising this quarter. There are also initial signs that the number of people accessing their pension pot as cash is beginning to settle down, with larger pots continuing to be used to buy retirement income products."

Pension experts at Mercer have identified the countries with the best pension systems. At number 10 is Singapore.

The system is based on the Central Provident Fund, which covers everyone in a job. Some of the cash can be withdrawn during your working life, and a prescribed minimum drawn down at retirement as an income.

Overall, Singapore scored 65.9 out of 100. It fared well on sustainability measures, and integrity, but relatively low incomes in retirement dragged its combined score down.

The UK scored 67.6 out of 100. The system was ruled to have great integrity, and good incomes in retirement. The overall scores were also up from the year earlier, as auto-enrolment was rolled out further, bringing more people into workplace schemes.

The researchers, however, were worried about how sustainable the system would be in the future. They called for an increase in minimum pensions, and added that more people ought to be encouraged into workplace schemes and persuaded to contribute more to their pension. They also wanted to see more people saving privately for their pension, and working later in life.

In Chile the state offers means-tested assistance, a mandatory centralised pension for employees to contribute to, and there are voluntary employer schemes.

Chile score 68.2 out of 100. Its highest score was for integrity, with another good mark for sustainability. Relatively low incomes in retirement let it down, and the researchers said the biggest improvements would come from raising the contribution levels.

Canada has a universal flat-rate pension - with a means-tested supplement. There’s an earnings-related pension based on lifetime earnings, plus voluntary workplace and private schemes.

It scored 69.1 out of 100. Its best score was for incomes in retirement, while it also performed well for integrity. Its only relative weak point was how sustainable it might be for the future - particularly because older people don't tend to stay in work.

Sweden has an earnings-related system with notional accounts - although this system was introduced in 1999 so it’s still in transition from a pay-as-you go system to a funded one. There’s also a means-tested top up.

Sweden was given 73.4 out of 100. It scored excellently for integrity, and well for sustainability. The overall score was brought down by incomes in retirement, and the researchers called for more workplace and private pensions.

It scored 73.9 out of 100. It fared well for integrity and reasonably well for incomes in retirement. The researchers just questioned its sustainability.

Finland has a means-tested basic state pension and a range of statutory earnings-related schemes. It scored 74.3 out of 100.

It had high integrity scores, with a less positive result for incomes in retirement, and a surprisingly low score for sustainability. The researchers called for higher minimum pensions, higher mandatory contributions and encouraging people to work longer to improve sustainability.

The Netherlands has a flat-rate public pension and quasi-mandatory earnings-related occupational schemes - which are industry-wide defined benefit schemes based on lifetime average earnings.

The system scored 79.2 out of 100. All its scores were high - particularly for the integrity of the system.

The system in Australia consists of a government scheme, a mandatory employer contribution into a pension, and additional voluntary contributions from individuals.

It benefits from the fact that all workers have been automatically enrolled in their company pension schemes for some time, so participation rates are high. The minimum contributions have also been raised recently, which means workers are building reasonable retirement incomes. It had an overall score of 79.9 out of 100, with the only question mark being over sustainability.

The researchers said it was "A first class and robust retirement income system". It scored 82.4 out of 100, with high marks across the board.