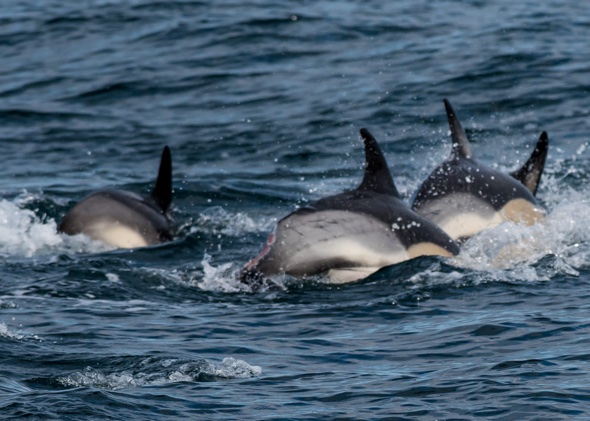 A wildlife cruise operator in Cornwall has captured pictures of a dolphin that appears to have been attacked by a shark.

The dolphin clearly has a huge chunk - or 'bite mark' - missing from its back.

The animal was spotted swimming with a large pod of dolphins off the Cornish coast, near Falmouth, by Ross Wheeler, of AK Wildlife Cruises. 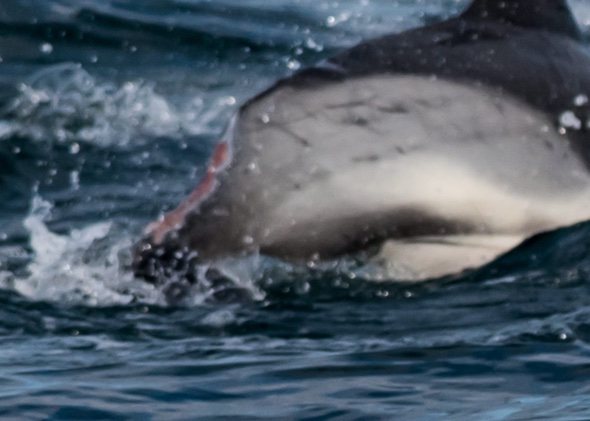 Speaking to the Mirror, Ross said: "At the time we didn't notice anything. It was only when going back through my photos that I saw the injured dolphin.

"We are asking people to tell us about sightings."

Ross posted the picture on Twitter with the caption, "Poss shark bite?", and is hoping to learn more about what caused it.

Zoomed in pics showing the severity of the injury to the C.Dolphin that @ak_cruises saw 15.10.15. Poss shark bite? pic.twitter.com/Guuhy9MGs9

According to the Plymouth Herald, officials say they can't be 100 per cent sure what caused the serious-looking injury.

Pirate FM reports that the wounds is not 'clean enough' to have been caused by a boat propeller.

Danny Groves, communications manager for Whale and Dolphin Conservation, said: "Three people here in the science team have all said that it is difficult to tell. It could be a shark bite."