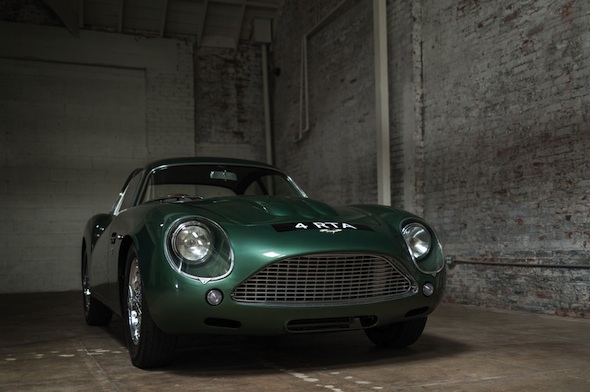 A rare Aston Martin DB4 Zagato will go on sale in December at Sotheby's New York Classic Car Auction, with the bidding expected to breach £10 million.

The Ercole Spada-designed model is set to break the record for a DB4 at the 'Driven by Disruption' Auction, with the previous record being a comparably cheap £1.6 million.
Built in conjunction with coachbuilders Zagato, the 14th of 19 originals was sold in 1962 for £5,470 (equivalent to £112,500 in 2015) and then shipped to Australia, where it was successfully raced.

With the majority of its life spent down under, it found a new owner in England where in 2002, Aston Martin specialist Richard Williams restored it along with Zagato's own designers.

The DB4 has since been shown at multiple Concourse events, winning 1st in Class Awards at the Ville d'Este Concorso d'Eleganza and the Pebble Beach Concours d'Elegance.

Considered to be the most desirable and coveted Aston Martin, the DB4 was supposed to be one of 25, but with demand below what was originally expected, six were not built.

However after many requests for the car to be put back into production, Aston Martin and Zagato joined forces in the 1980's to build new DB4 Zagatos, known as the Sanction II and Sanction III models which were made out of unused original chassis numbers and wrecked DB4's.

The DB4 Zagato is considered by many to be a design classic, and one of Zagato's best. The car goes under the hammer on 10th December 2015.

Rare Aston Martin DB4 Zagato heads to auction
Up Next