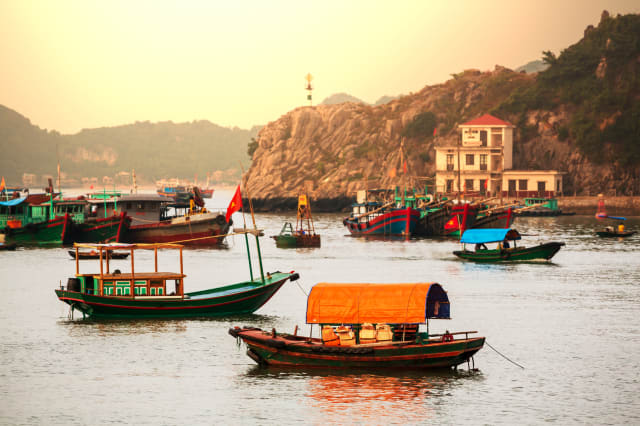 Already dreaming of next year's holiday but not sure where to go? Don't panic, we've got it all sorted for you!

Summer is officially over and we're settling into autumn with plenty of crisp mornings and long evenings ahead - perfect for dreaming of your holiday in 2016.

However far afield you fancy going, there is something to it your schedule and budget. With the help of the Travel Corporation we've shortlisted 10 amazing destinations just waiting to be discovered in 2016.

See also: Why you should book your 2016 holiday now 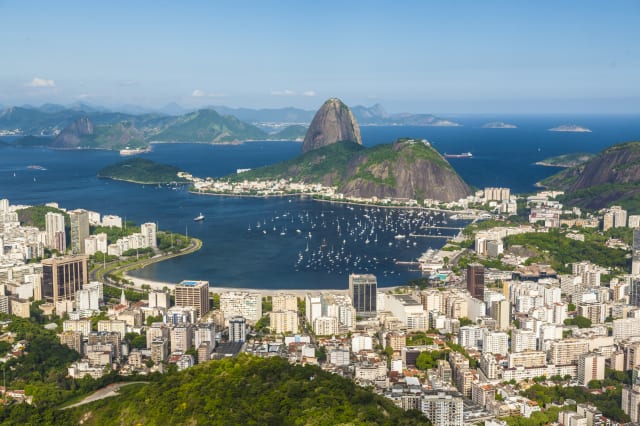 Home to the most recent football World Cup and also the host of next year's Olympic Games, Brazil is a hub of activity at all times of the year. The South American giant is in the preparation stages before holding the ancient games next year. Rio de Janeiro will host the iconic event and it's definitely worth a visit even if just to take in the stunningly impressive 'Christ the Redeemer' statue. Head to Rio in February and you can fully immerse yourself in Brazilian culture and carnival takes over the city. You can't visit Brazil without seeing the Amazon rainforest either. It covers nearly 7 million square kilometres and there are a wide variety of tours available to those looking to explore.

Contiki offers an 18-day tour which takes you into Peru and Argentina as well as giving you the chance to see the stunning Iguassu Falls.

See also: Is this the cheapest holiday destination for Brits? 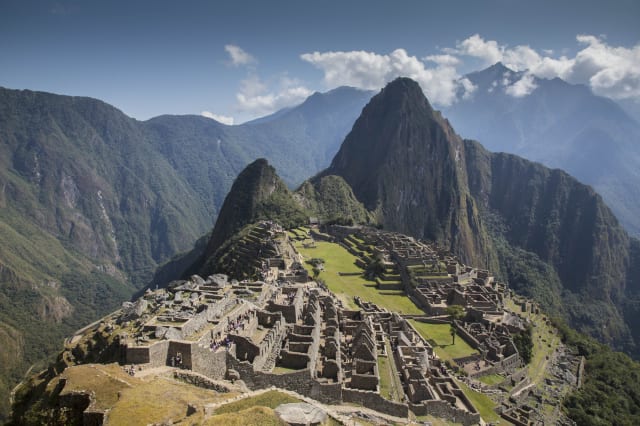 It's the second South American country to make the list already but don't be fooled into thinking Peru is just like Brazil. The two countries are nearly 5,000km apart and it would take you a whopping 60 hours to drive from one to the other. Peru is known for its vibrant Andean culture as well as for the iconic Machu Picchu - the ancient home of the Incas. Whether you want to conquer the Inca trail or master the perfect Pisco sour cocktail, Peru has something for every type of traveller. 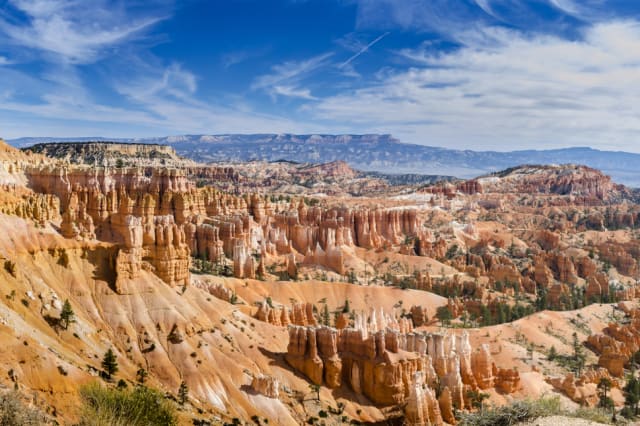 Yellowstone may be one of the best known National Parks in the United States but it's by no means the only one. The country is home to 58 National Parks, more than one for each state. Each of these parks has its own character, charms and diverse scenery.Sequoia National Park in the Sierra Nevada, California is known for being home to the largest tree in the world, while Hawaii's Volcanoes National Park boasts two active volcanoes. You may already be familiar with Bryce Canyon National Park which features a number of natural amphitheatres and bizarre, pointy geological formations called hoodoos.

Trafalgar's National Parks Wonders explores the famous Yellowstone park and its steaming geysers as well as the peaks and glaciers of Grand Teton. 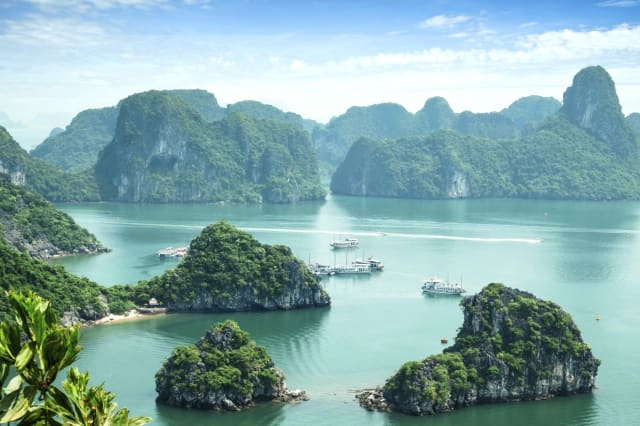 If you're planning on visiting Vietnam next year, you'll be best off going before June 30th 2016. The relaxed visa regulations that are currently in place mean that you can visit the country without a visa for as long as 15 days. Ha Long Bay in Vietnam is known for being one of the most beautiful bays in the world and is well worth a visit while you're in Vietnam. The country has a long and varied history and Vietnam's rich cultural heritage provides a fascinating backdrop for travellers.

A Vietnam Highlights tours is on offer with Contiki and you'll have the chance to explore the rich culture heritage and history of this beautiful country. 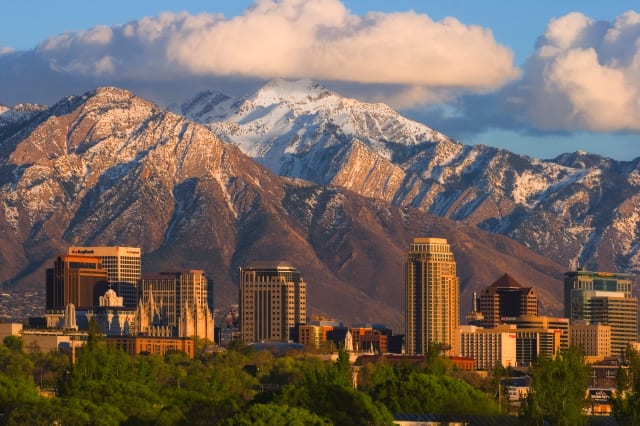 Dramatic red rock mountains, sandstone deserts and cool urban centres, this is just some of what you can expect in Utah's Salt Lake City. In May next year, direct flights from London to the state capital will begin with Delta Airways. Whether you want to explore the terrain on foot or take to the snow with your skies, there's something for people of all ages to enjoy in Salt Lake City. The city also boasts as many as 60 national parks within a few hours drive, so if you've delved into the heart of the city and fancy getting out into the open, you've got plenty of options.

Trafalgar has a nine-day tour on offer which will take you from the lakeside city out to the wild, rural frontiers of Montana, before heading to the iconic Mount Rushmore and Old West town of Jackson. 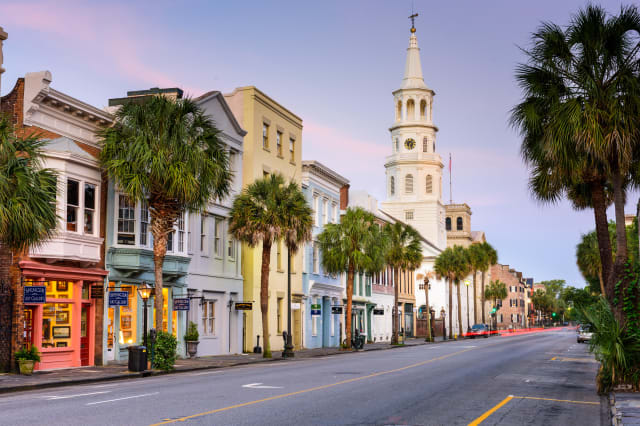 Although the lifestyle of 'Gone with the Wind' may be well in the past, the land where it was set is still firmly in place. Visit the Deep South and take in the beauty of one of America's most famous cultural regions. The Deep South includes the states of Kentucky, Tennessee, Mississippi, Alabama and Louisiana. Take a tour through the region and stop of it famous hot spots including Atlanta, New Orleans and Memphis, the one time home of music legend Elvis Presley.

Insight Vacations offer a 'Southern Glamour' tour which explores the legacy of the antebellum South and the old plantation mansions, among other sites. 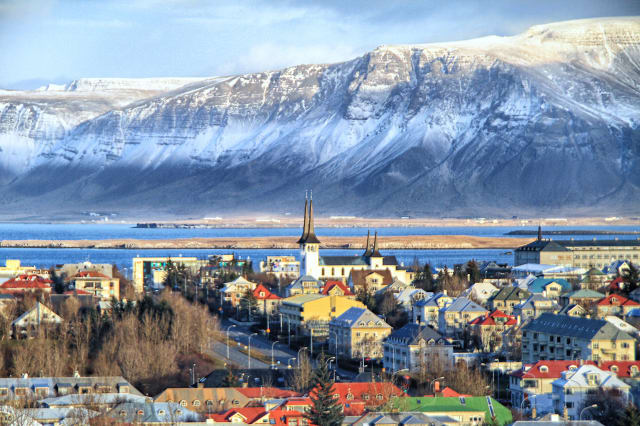 Want to stay in Europe? Iceland is the perfect option with its fascinating scenery and stunning cities. While out in the country side expect bubbling springs, striking black sand beaches, and majestic glaciers. Don't forget to head to the capital city too though. Reykjavik is the world's most northerly capital city and is home to hundreds of brightly coloured homes set against the chilling ice capped mountains in the distance.

Trafalgar is offering a ten day Nordic tour which will take you from the metropolis of Reykjavik to the glacial lagoons and frozen fjords. 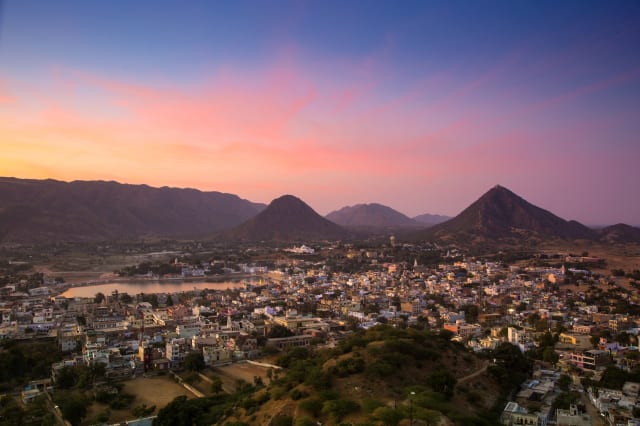 India's cultural diversity is as varied as its landscape, from snow-capped Himalayas to jungles and rice paddy fields, the Indian landscape is full of surprises. Tourists can visit temples, mosques and of course the iconic and beautiful Taj Mahal to fully experience the beauty of the country. Delicious foods and fascinating landscapes are all part and parcel of the Indian culture and you can only fully appreciate the beauty of the country by experiencing it all. 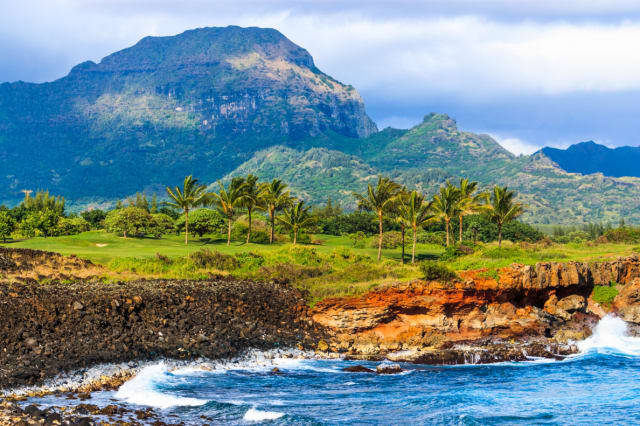 Hawaii is the only American state composed entirely of islands and it can be found in the Pacific Ocean. The state encompasses hundreds of islands but there are only eight main islands including O'ahu, Maui and the Island of Hawai'i. Explore the beautiful islands and their stunning coastlines either on land or by sea.

Trafalgar offers a Best of Hawaii tour which includes a visit to the Pearl Harbour memorial on the island of Oahu. 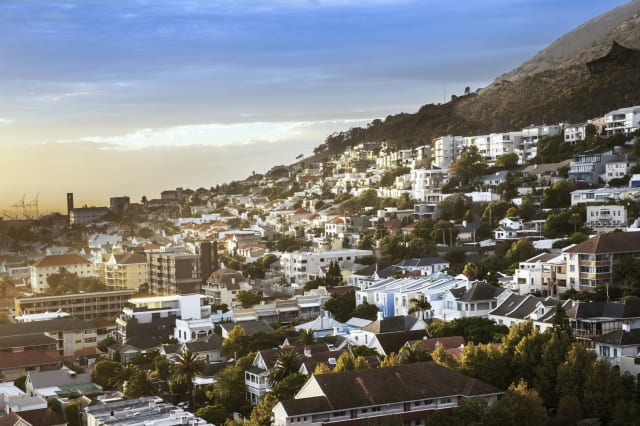 With popular ocean-side cities including Cape Town, Port Elizabeth and Durban there's more than a little choice when it comes to deciding on where to explore the beautiful South African coastline from. Alternatively stay inland and visit Johannesburg, the country's thriving capital city. Want to get close to nature? Head to Kruger National Park to indulge your love of animals and be in with a chance of spotting the 'Big 5'.

Top 10 holiday destinations for 2016
Flight systems are loaded first thing every morning so flights which were on hold overnight (usually from business customers) will be released. This happens at around 1am, so you can often get better prices the earlier you book – a hack four in five Brits have never heard of.
Starting your long haul holiday from another European city can save you lots of money. You can extend your holiday by visiting interesting European cities and bag a bargain by starting your trip, for example, in Sofia or Oslo. You only need to add a low-cost flight from your home to the city to take advantage of amazing discounts and offers. For example, you can bag a return flight from Sofia, Bulgaria to Dubai for under £150.
The best days to fly are Tuesday to Thursday so you avoid the Monday morning rush of business travellers and also the weekend escapers. These dates often have better availability too and the best availability means low fares!
Many European cities have set days during the year when they open up their top museums at night and offer free access. The European Night of Museums in France, Germany and the UK is in May, while Budapest and Prague offer the same thing in June.
The major airlines all have seat sales over the Christmas period, so this is the perfect time to book your next break at a great price. During Black Friday (at the end of November) and over Christmas, lastminute.com, for example, offers access to these big sales of the airlines with amazing flight deals.
Many cities that are popular for business travellers, such as London, Brussels and Zurich, have fantastic room rates at the weekend once the 'suits' have left. You can sometimes find five-star hotels for under £100 per night.
Hotels want to keep you there for every meal of the day if possible, so ask when you check in if they offer a discount on breakfast or dinner for guests of the hotel. Free 'welcome' drinks are also common to get you into the bar or restaurant.
The cheapest time of year for a city break is January, with deals for flights and a hotel stay for two nights available under £100 in places like Berlin, Dublin, Prague and Copenhagen.
Sunday nights are usually the cheapest night of the week to stay in a city hotel. This is the end of the week when weekend travellers have left and before corporate guests arrive so a great day to surprise your other half with a night away. You’re also more likely to bag an upgrade to a suite when the hotel is quieter on a Sunday.
If you don't want to wait for your food on the plane order special meals in advance – like vegetarian or low calorie. These get delivered to seats first so you’re guaranteed a hot dinner before most other passengers.
Up Next