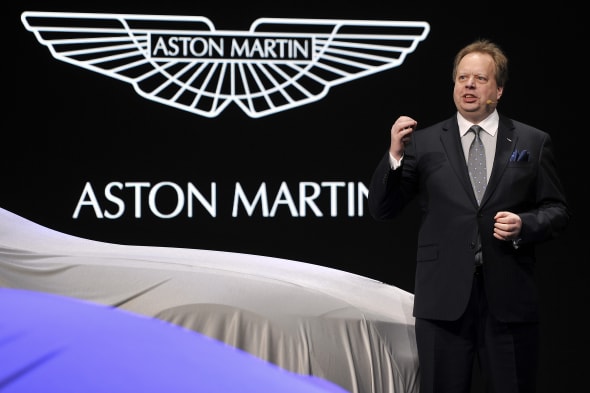 Aston Martin's CEO Andy Palmer has officially announced the development of an all-electric Rapide, which is set to make its debut in 2017.

The British carmaker has also hinted that the unveiling of the electric Rapide will be followed by the production version of yet another electric model – the DBX crossover, which was previewed at the Geneva Motor Show earlier this year.
The firm's boss believes that the industry's switch to electric power is inevitable and is the most plausible solution to reducing carbon footprints.

According to Bloomberg's New Energy Finance Summit, Palmer said: "We're talking about an electric Aston Martin with between 800 and 1,000 horsepower - imagine having all that torque on demand."

However, Palmer has also said that he won't let the brand follow the 'downsize' trend, since the luxury carmaker is renowned for its iconic V12 engines. Instead, he predicts that hybrid-petrol engines will become widespread, followed by a surge in all-electric cars and, inevitably, the death of the diesel engine.

In an interview in London, he added: "We're a V-12 engine company. Project that into the future. Do I go the way of the rest of the industry and downsize the engine? Do I see Aston Martin with a three-cylinder engine? God forbid. You've got to do something radical. Electric power gives you that power. It gives you that torque."

Do you think the future is electric? Let us know in the comments below.
Tags
Read Full Story Click here to comment