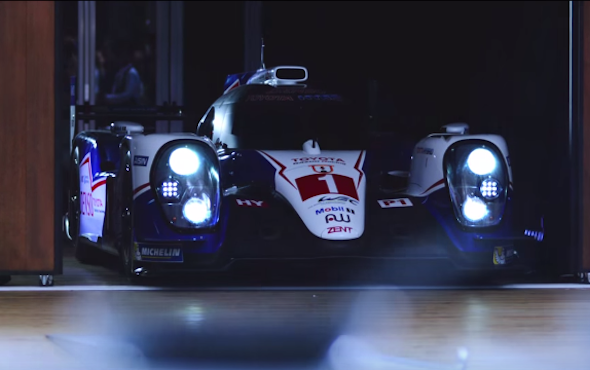 Toyota has showcased its TS040 Hybrid Le Mans race car in an interesting and different way – by making breakfast for 171 people.

To make people aware of the amount of energy generated produced by the race car, Toyota decided to utilise it to cook breakfast for a huge crowd.
Hybrid race cars such as the Toyota TS040 produce energy through braking, which is then stored in batteries. It can then be released at specific points to the driver's advantage – such as when overtaking.

Electricity now plays an integral part in the design and function of modern Le Mans racers, with hybrid technology a common sight on the track.

While it seems that the 171 people that stepped on to the set of the video expected there to be breakfast, they probably didn't realise that it was going to be prepared in quite such a different way.