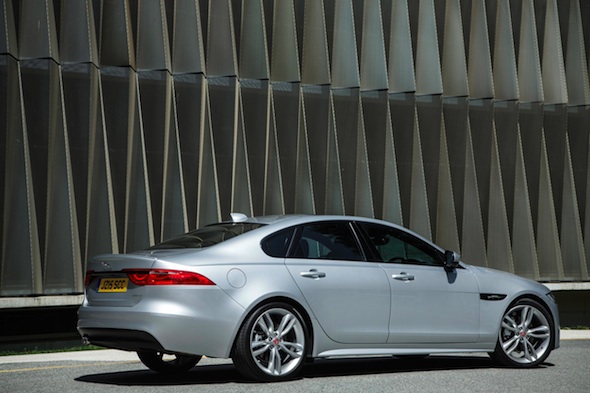 Jaguar's all-new XF is to be presented at the upcoming Wired 2015 event, showcasing some of the newest features that the manufacturer has to offer.

The new XF will be shown at the two day event hosted by Wired magazine, and comes alongside Jaguar's C-X75 supercar that has a starring role in the upcoming James Bond film 'Spectre'.
The XF features new, ground-breaking systems that are very much at home in the centre of a technology event. A system called InControl Touch Pro offers door-to-door navigation, as well as seamless connectivity with both iOS and Android smartphone platforms.

As well as interior features, the XF also incorporates many new and advanced systems to the exterior too. All-Surface Progress Control enables smooth drive away on low friction surfaces like ice, snow or gravel.

The car also features a laser head-up display and autonomous emergency braking which will bring the car to a halt should an oncoming impact be detected. Adaptive cruise control is also fitted, along with queue-assist and lane keep-assist, meaning that the new XF will not only be technologically advanced but also incredibly safe.

Being shown alongside the XF is the C-X75 that features in the latest James Bond movie, Spectre. The C-X75 is Jaguar's most advanced supercar and is powered by one 1.6-litre turbocharged engine, alongside another supercharged four-cylinder engine. Together, they produce 502bhp. When combined with the C-X75's two electric motors, the overall output figure is 850bhp. It can hit 100mph from a standstill in less that six seconds, and has a top speed of 220mph.

Jaguar to showcase new XF at upcoming Wired event
Up Next