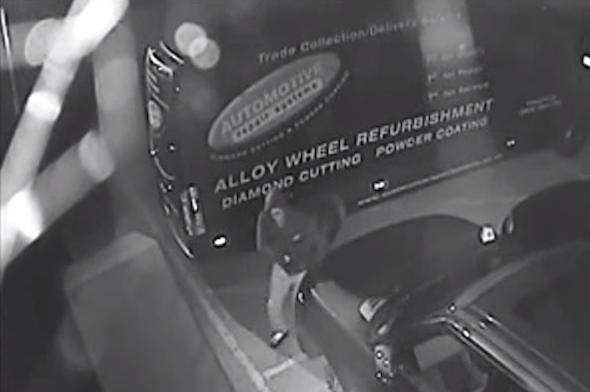 Footage has emerged of two hooded vandals causing damage to more than £1m-worth of vehicles in Kent.

The video, which was captured on security footage in Orpington, sees the culprits keying three cars, but they actually caused damage to a total of 20 cars. These included Audis, Mercedes, Range Rovers and a Porsche.
Carried out at around 11pm on Saturday 26 September, the damage was only discovered after an employee walked past the cars the following morning. All cars were parked outside Automotive Repair Systems, and were awaiting work to be carried out.

Andy Patterson, who owns the repair centre, told the Telegraph that customers had been "fantastic, brilliant and understanding.

"We've increased security, it's a 24 hours operation, we have a security guard and we've upgraded the CCTV – the site will never been unnamed again."

Neither culprit has as yet been identified.

The footage shows the vandals casually walking between the cars whilst keying them. It is thought that they used a screwdriver to cause the costly damage to the paintwork.