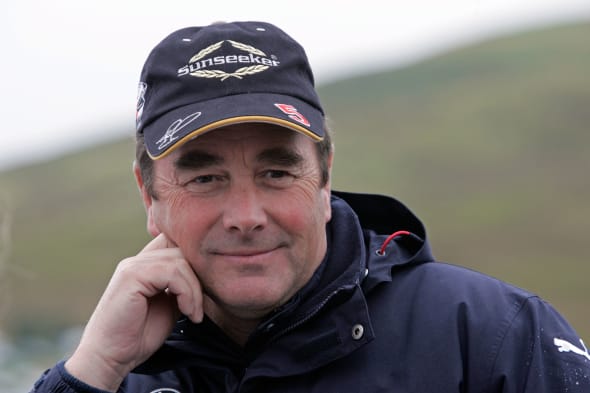 Following the announcement that Jenson Button will compete for McLaren once again next season, former F1 champion Nigel Mansell shares his confidence in the team racing back to winning form with Honda.

Before Button retires from the Formula 1 World Championship, Mansell urges the British driver, and his teammate Fernando Alonso, to stick with it – even though he agrees that the team's performance in 2015 was notably poor.
With five races to go until the end of the season, McLaren-Honda currently sits second to last in the championship standings behind Sauber, but there's still time to add some points to their tally.

Speaking to BBC Sport, Mansell said: "Jenson deserves an opportunity to see if they can compete and win next year. I think this winter Honda can make a breakthrough and McLaren will be working so, so hard. They are a fantastic team. They've won so much in the past and, to use [McLaren chairman] Ron Dennis' words, they will win again in the future. I have no doubt about that."

Whether he agrees with Mansell or not, Button will be there throughout testing this winter, and into 2016, to help develop the McLaren-Honda cars, so it's all to play for.

The 1992 F1 champ also said: "Between Alonso and Jenson they [McLaren] will be a formidable team, given the car and the engine to do the job. Hopefully within 12 months they'll be singing the praises of the team and Honda. I sincerely hope they'll be winning races in a year's time."

Mansell added: "They [Button and Alonso] could have the best team and best engine and they'll have some really serious regrets if Honda get it right after they've gone somewhere else."

If Mansell is right, then Button could be in with a shot at adding to his 15 wins and 50 podium positions. Having announced that he's staying in Formula One for at least another year, he's definitely on course to start his 300th Grand Prix in 2016.

It's inevitable that McLaren will win again, but when is another question. To compete with the likes of Ferrari, Mercedes and a new Renault works team, Honda will need to get its thinking cap on.