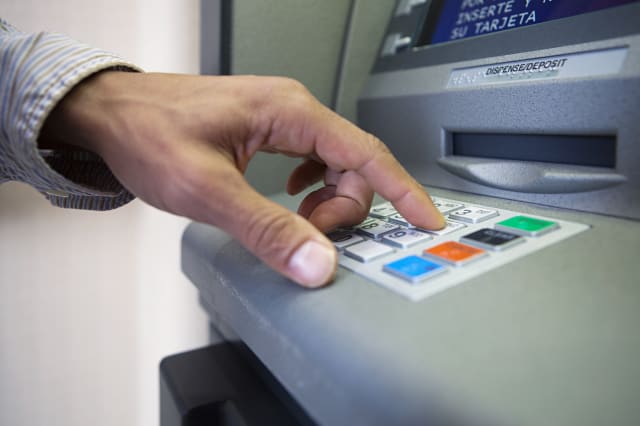 Ram raiders have escaped with a five-figure sum after using a JCB digger to smash a cash machine from a wall.

The cash machine was loaded onto a waiting van, which left the scene with a red car, believed to be an Audi.

The stolen digger was left at the scene. The gang also smashed the window of a nearby red Kia Cee'd.

Up to eight suspects may have been involved in the theft outside Martins newsagents in Prentice Place, Harlow, yesterday just before 1.45am, Essex police said.

A police helicopter was brought in to help with the search. Detectives believe the theft could be linked to another raid on a newsagents' cash machine earlier this month.

Detective Inspector Jim Adams said: "Up to eight suspects are believed to have been involved in this theft and we are now seeking information about the movements of the vehicles before and after the incident.

"We are especially keen to hear from anyone who saw the JCB, which is not the usual sort of vehicle to be seen on public roads late at night.

"There was a previous incident involving the theft of a cash machine at a newsagent in Roydon on September 16, in which the machine and its contents were later recovered, and we are looking into whether these two incidents may be linked."

Burglar returns to scene of crime to collect car and phone​