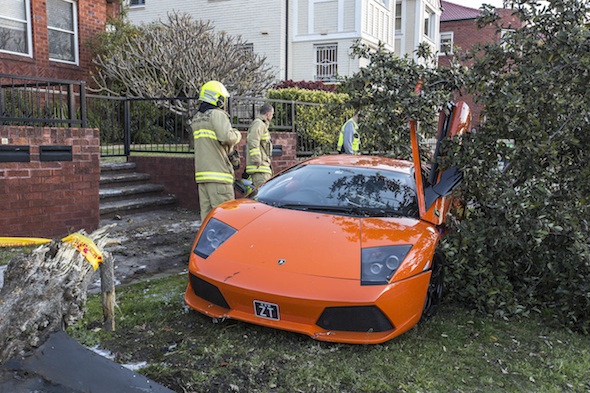 It's often the case when you're buying a rare, prized or pristine used car that the owner is happy for it to be taken out for a drive but insists on driving it themselves, just to be on the safe side.

With a potential sale of a £130,000 Lamborghini Murcielago LP-640, this Australian supercar owner did just that and took a prospective buyer out for a drive to help make up his mind.
What followed might rank as one of the most disastrous demonstration drives in history, as the road test rapidly turned into a crash test.

While travelling down New South Head Road in the east Sydney suburb of Vaucluse, the Lamborghini somehow left the road and crashed into a tree. 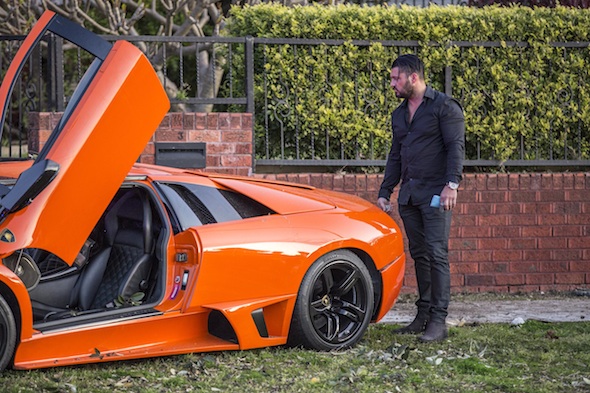 Cars usually come off second-best in these types of collision and this crash is no exception. The might of the Lamborghini was no match for the impact. The trunk demolished the right hand side of the car, while the remaining stump did some serious damage to the bodywork on the underside.

Witness to the crash Rochelle Smith told the Daily Mail: "It sounded like a motorcycle revving up."

Emergency services attended the scene, but both driver and passengers suffered no major injuries. Both were treated for shock, however.

Both of the occupants were examined by paramedics at the scene. Fortunately neither was injured, so even if this Murcielago no longer meets the buyer's requirements he has first hand experience of how safe it is.

Lamborghini owner crashes whilst showing car to buyer
Up Next