Lidl pay rise may prompt increases at other supermarkets 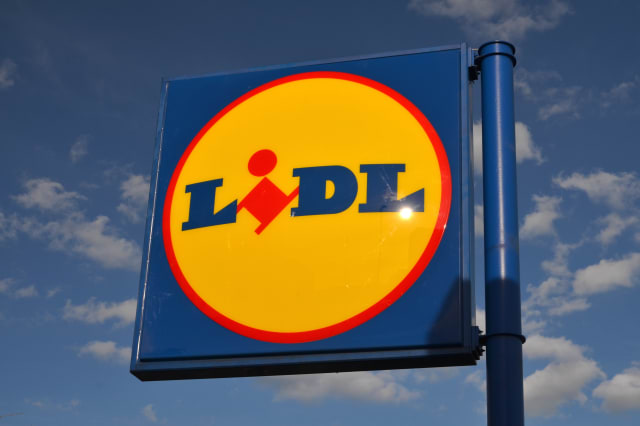 The supermarket chain has announced that more than 9,000 staff are being given a pay rise worth £1,200 a year.

An announcement from Morrisons about wages is also expected to take place soon.

She told the Press Association: "It's good for Lidl because it gives them a halo of corporate responsibility around this."

Ms Hinton said that with a price war already raging between supermarkets in the battle for customers' business, their actions over staff wages were another way of giving them an edge from a marketing point of view.

Asked whether she thinks more supermarkets will make wage announcements, she said: "Yes, I think it's definitely being discussed."

Lidl's move - which will cost it £9 million - sees the company increase pay above the incoming National Living Wage, instead matching the rate expected to be set by the Living Wage Foundation, which is due to be announced in November.

It pledges to increase minimum wages further if the Living Wage Foundation sets a higher rate than expected.

Ms Hinton also said that it can be hard to compare wages between supermarkets as some pay for breaks and some do not, and additional perks such as bonuses also vary.

Morrisons is currently in the midst of its yearly pay negotiations.

A spokesman said: "Our standard hourly rate of pay for store colleagues varies from a minimum of £6.83 to a minimum of £7.79 depending on location around the country.

"However, we haven't as yet concluded this year's annual pay negotiations so these will change."

Tesco, which pays shop workers £7.39 an hour, also said that its routine annual discussions about pay and benefits are taking place.

A Tesco spokeswoman said: "We firmly believe in offering colleagues a total reward package and our benefits include a 10% colleague discount, shares scheme and pension."

Meanwhile, the minimum hourly rates of pay for Aldi's store staff are £7.25 for a stock assistant and £8.15 per hour for a store assistant.

An Aldi spokesman said: "We offer competitive rates of pay for store staff that are above the proposed National Living Wage.

"Depending on their level of experience, our store assistants can earn up to £9.50 per hour, and these rates are regularly reviewed to help us attract and retain the best talent."

He added that many members of Aldi staff have progressed up the career ladder from the role of store assistant to store manager.

Sainsbury's increased wages by 4% for its 137,000 staff from the end of August, setting a new hourly rate of £7.36 an hour. Unlike Lidl, Sainsbury's pays staff for breaks.

The National Living Wage announced by Chancellor George Osborne in his summer budget will see all workers aged 25 and over paid £7.20 an hour from next April, rising to £9 from 2020.

Since launching in the UK in 1994, Lidl has grown into a 620-strong chain across England, Scotland and Wales and made more than £4 billion in sales over the last financial year.

Lidl pay rise may prompt increases at other supermarkets
The subtle manipulation starts as soon as you enter the store when you are assailed by the smell of flowers and fresh bread, which are often placed near the door. The smell is intended to put you in a good mood and to get your salivary glands working. You are also more likely to pick up these higher-ticket items when your cart is empty. Similarly, fresh produce like fruit and vegetables (one of the most profitable sections at the supermarket) is also usually at the front because the bright colours are more likely to lift your mood than bland cartons and cans. Mist is sometimes sprayed on the fruit and veg to make them look fresh but can actually make them rot faster.

Tesco market share is lowest in ten years, thanks to Aldi and Lidl​