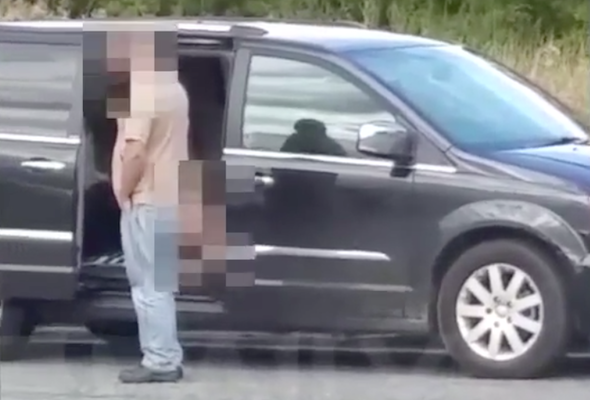 A surprised lorry driver on his rest break couldn't quite believe his eyes when he spotted a woman giving herself a personal treat in a HGV area at a service station.

The not-so-modest woman was captured by a fellow motorist on camera using a sex toy in full view of motorists at the motorway rest stop thought to be in Birmingham.
The lady can be seen in the back of a seven-seater people carrier, of which she had left the vehicle's side door wide open for passers-by.

In the video, one man can been seen attempting to preserve the woman's dignity by standing in front of the open door to help block the view of other drivers.

Upon turning away from the vehicle, the woman immediately sits up to casually check her phone – probably to see whether or not the footage had made it onto social media.

It did eventually, after the anonymous filmmaker uploaded the clip to Facebook.