The secret to buying a new car for less 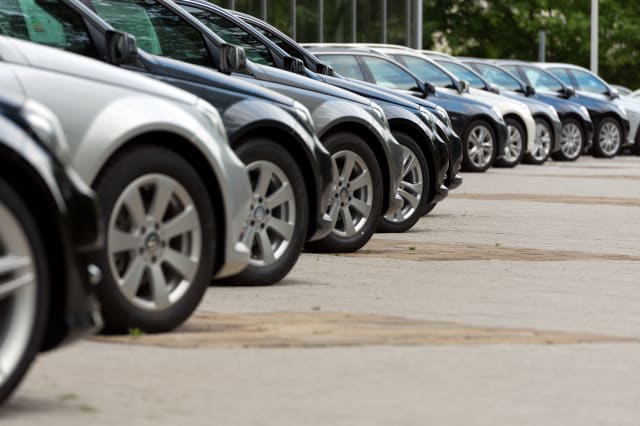 Now is the best possible time to buy a new car. The registration plate is changing on 1 September, so manufacturers and dealers will be in a hurry to sell as many cars before then as possible. It means there are some incredible deals to take advantage of - if you know the seven secrets to haggling.

Manufacturers are keen to record as many sales as possible before the registration change - to make their figures look healthy. Dealers, meanwhile, don't want to be stuck with cars with old plates - which will become harder to shift when the registration plate changes. It means that you can get thousands of pounds off the cost of a new car.

However, in order to secure the best price, you can't just walk in off the street and pay the price on the sticker. It takes some expert haggling. Whatcar.com editor, Jim Holder, said: "The key is to do your research before you set foot in the dealership, and to drive a hard bargain every step of the way. If you know what you want and what you should pay, it's you who should be celebrating harder than the salesman."
%VIRTUAL-ArticleSidebar-motoring-guide%
Haggling secrets

1. You need to know what your target price is
One option is to use the What Car? Target Price, which will show you the most that you should be paying for your new car. Your target should therefore be somewhere slightly less than this figure.

2. You need to have your finance in place
If you get a good deal it's sometimes done in return for you taking out financing with the dealership - which can cost you far more overall. Before you go anywhere near the dealership you need to know the cheapest way to finance the deal.

3. Know when to stay quiet
Once you have opened up the haggling process, try not to say too much. When a salesman asks how much you would like to pay per month, always keep quiet. Just ask for the best price possible and shop around at other dealers, so you can compare prices. Otherwise, you could find yourself strong-armed into a deal.

4. Know their tactics
According to What Car? a salesman will also often claim that he has to go away and check a deal with his sales manager. This is normally a ruse to blunt your attempts to negotiate. Ask politely to deal directly with the decision maker.

5. Beware extras
Sometimes the dealers will make more money on add-on sales than for the actual car. So think carefully before committing to things like special paint treatments and GAP insurance.

6. Check the small details
What Car? advises that you need to be careful that the dealer doesn't scrabble back some of your savings elsewhere; insist the car is delivered with a full tank of fuel and car mats, for example.

If all your efforts fail to yield any kind of a discount, don't forget that you can still walk away and try elsewhere. One option is to contact the What Car? Target Price team, and they'll put you in touch with a dealer who will offer at least the target price quoted by the website, and may be persuaded to drop the price even further.

The ridiculous 'cheap fuel' mistake that's costing you £11 a month

The secret to buying a new car for less