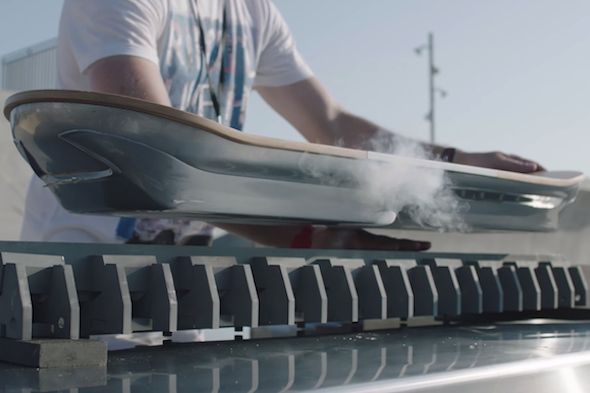 A few weeks ago, Lexus presented the world with a futuristic hoverboard, representing the first of its kind.

The video, released by the luxury carmaker, shows the board being ridden across water, over a tricky jump and down a range of gradients.
Now, Lexus has revealed an insight into how the incredible technology behind the stunt works.

In this video, Dietmar Berger and Professor Ludwig Schultz explain how superconductors, along with liquid nitrogen, were used to create the incredible hoverboard.

The pair go into more detail as to how the rails, which the hoverboard rides upon, were created and the effect they have on metals such as the ones used in coins.

It's an interesting explanation of some rather incredible technology which has been used to create a visually impressive video. It will interest people with not just an interest in cars, but also those with a technological interest and a passion for skateboarding.

Check out the video below to see how it works.