Bugatti won't build an SUV, but it will be build a faster Veyron 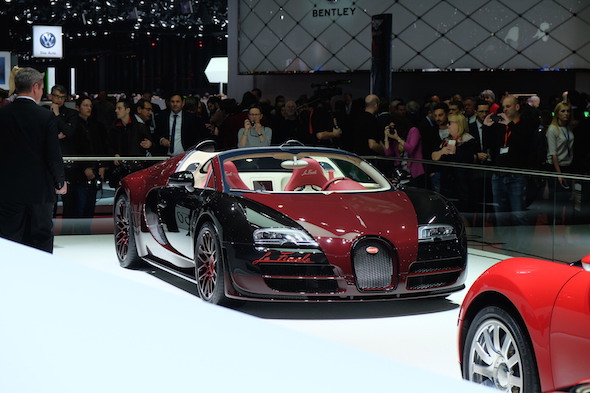 When you think of Bugatti, the first word that springs to mind is usually Veyron.

This is no surprise, since the W16 quad-turbocharged supercar has been the brand's signature model for 10 years.
Since the original Veyron has been around for a decade, it's exciting to learn that Bugatti is nearing closer to revealing the car's successor, which could bear the name of Chiron.

As one might expect, we're not likely to see Bugatti head down the route of the subtle family car segment any time soon, after brand boss Wolfgang Durheimer told Car & Driver that these particular models are not fit for Bugatti.

He said: "We are positioned at the very top of the automotive market. We don't intend to change our brand perception and our market position. We will remain ultra-sharp and at the very top."

Bugatti won't build an SUV, but it will be build a faster Veyron
Up Next


He added: "The supersports cars, they are all two-seaters. There is no SUV and there is no four-door sedan. For this reason, the position of the Bugatti will remain extremely sharp."

Instead, Bugatti is focusing all of its efforts on developing a brand new Veyron, which is expected to be faster, more involving to drive and a little more agile on its toes than before.

Durheimer explained: "We strive to do everything with the next Bugatti remarkably better than the previous one. So there is not only one dimension we can push against. We need to push all of the dimensions that describe the car."

We don't know what the new Veyron will look like, or how it'll drive, but we do know that it's probably worth waiting for.

Until then, you can feast your eyes upon the Grand Sport Vitesse "La Finale", which was unveiled earlier this year. The La Finale is set to be the final example of the Veyron the carmaker will build before launching a new successor for the supercar.
Tags
Read Full Story Click here to comment