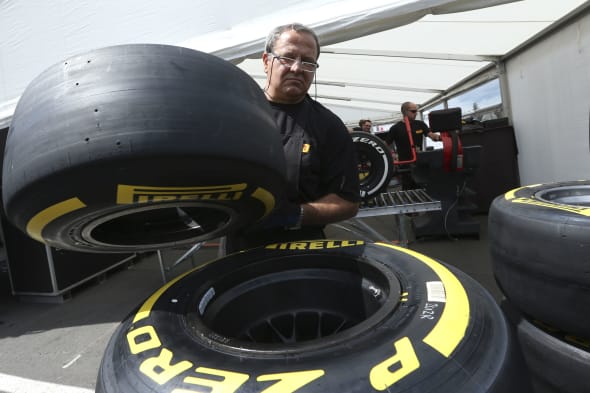 Formula 1 tyre supplier Pirelli believes Sebastian Vettel's tyre blowout during the Belgian Grand prix could have been avoided if the teams had accepted a request to limit tyre usage back in 2013.

The four-time World Champion was fending off his third place podium position when the right-rear tyre on his Ferrari exploded in a dramatic puff of smoke and rubber along the Kemmel Straight on the penultimate lap at Spa.
Although Vettel managed to escape the incident unharmed, it has been reported that the blowout could have resulted in more serious consequences if it had happened through the tricky Eau Rouge corner moments before.

According to Autosport, Pirelli motorsport director Paul Hembery hinted that he was "surprised" at Ferrari's one-stop race strategy, where Vettel switched from the soft to medium-compound tyre.

While the team was working to an acclaimed 40-lap wear limit, Hembery claimed that this figure was no guarantee, since both race and weather conditions can significantly alter the rubber's usage rates.

Pirelli later issued a statement, which argued that, had it been listened to in 2013, it's likely that the incident wouldn't have occurred.

"Regarding what happened at the Belgian Grand Prix, Pirelli underlines that: In November 2013, Pirelli requested there should be rules to govern the maximum number of laps that can be driven on the same set of tyres, among other parameters to do with correct tyre usage."

"This request was not accepted."

"The proposal put forward a maximum distance equivalent to 50 per cent of the grand prix distance for the prime tyre and 30 per cent for the option."

"These conditions, if applied at Spa, would have limited the maximum number of laps on the medium compound to 22."

Following the race, Hembery is reported to have said: "Now, maybe we can go back to the advice levels, and say no more than 'x' amount of laps on a certain tyre."
Tags
Read Full Story Click here to comment