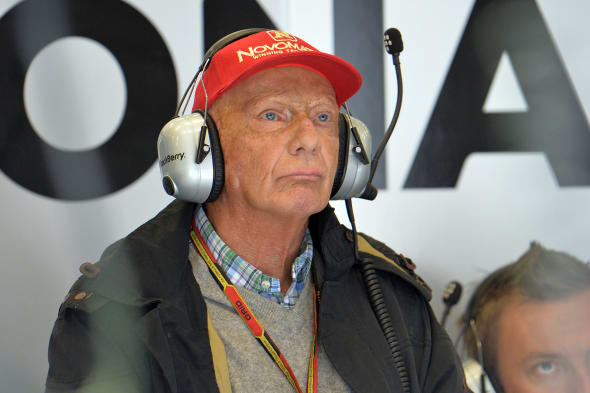 Following recent changes to racing rules and regulations, Formula 1 now finds itself at the heart of motorsport controversy, giving some beloved fans reason to switch channels on a Sunday afternoon and look elsewhere for their motorsport thrills.

The notion is backed by three-time F1 World Champion, and current Mercedes AMG Petronas non-executive Chairman, Niki Lauda.
According to the Austrian F1 star, MotoGP racing is "more interesting" than F1, due to the higher levels difficulty and rider interaction.

Lauda is reported to have said: "Racing bikes are very interesting to watch, because you can see how the rider struggles with his bike. In F1 unfortunately the opposite happens: the cars are very easy to drive, they don't even slide."

Although this doesn't mean Lauda would rather watch Rossi and Lorenzo battle on track over Hamilton and Alonso, it does reaffirm the fact that F1 doesn't provide the same 'on the edge of your seat' action that it once did.

Looking back to the 1970s, when Lauda was head-to-head with British driver James Hunt, Formula 1 cars were much harder to control and, inevitably, much more dangerous in comparison to the cars of today.

Lauda himself was seriously injured in a crash in the 1976 German Grand Prix at the Nurburgring, when his Ferrari burst into flames. But that didn't stop him returning to race again just six weeks later in the Italian Grand Prix.

As automotive technology continues to evolve, pioneered by Formula 1 first, we're bound to see some spectacular changes in the sport. That said, it's highly unlikely that the cars will become more difficult to handle for the sake of viewer entertainment.

But perhaps the tension will build as drivers take on more control with the increase in mechanical grip, which McLaren's Jenson Button is backing for 2017.