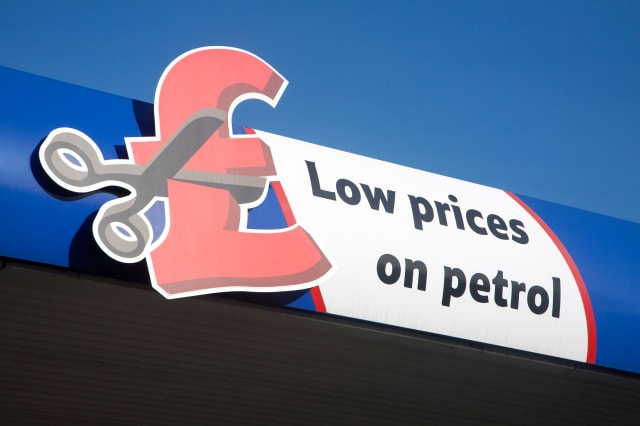 Three supermarkets are planning to cut the cost of fuel by tomorrow in a welcome boost for motorists planning their summer holidays.

Britain's biggest fuel retailer Tesco will cut the cost of diesel by 2p per litre and unleaded petrol by 1p at all of its 500 filling stations.

Sainsbury's and Asda will follow suit with identical price cuts on Saturday.

Asda has said motorists will pay no more than 108.7p per litre of diesel and 111.7p on unleaded petrol at its pumps as part of its price cap.

Further price cuts could be on the cards given that oil recently dipped below 50 dollars a barrel.

"July was a bumper month for diesel vehicle drivers with the average price falling by 5p a litre, saving £3 on a fill-up," he said.

"Now August is off to a flying start with another substantial cut which will help shave another couple of pounds off a tank of diesel, just as millions of people head off on holiday by car.

"With oil prices just under the 50 dollars a barrel mark, there's every chance even more cuts are just around the corner. And, if oil stays low and wholesale diesel remains abundant, we could even have a chance of seeing £1 a litre diesel."

Oil price cuts 'are being passed on to motorists'